This year marks a major overhaul for Asus’s Zenfone series of smartphones, ditching its plastic roots for a more superior, sophisticated design, and increased focus on photography. Since its debut back in 2014, the Zenfone series was quite a success, thanks to their affordable price tags combined with a powerful spec sheet.

Though the company has switched gears with its latest generation. Current-gen Zenfones come across as premium offerings commanding higher prices. Asus is soon expected to launch its top-of-the-line Zenfone 3 Deluxe to rival the likes of flagships from Apple and Samsung. The Zenfone 3 (5.5-inch), which we reviewed earlier is now on sale in India priced at Rs. 27,999.

Today we take a look at yet another addition to the Zenfone 3 family in the form of Zenfone 3 Laser. Priced at Rs. 18,999, it’s apparently the cheapest of the lot in the current Zenfone lineup. The USP of the device is its super-fast laser focusing camera system, which the company claims is twice as fast compared to other smartphones. Its price tag puts it in line with the Oppo F1 Plus, which is also a camera-focused smartphone. Let’s find out if the Zenfone 3 Laser has what it takes to take on its competition?

Say goodbye to plastic as the Zenfone 3 Laser gets an aluminium alloy body with a sandblasted matt surface, giving it a more premium look and feel. On the front, it features 2.5D contoured edges blended seamlessly with its metal chamfered edges. The device feels rather comfortable to hold with its smooth rounded corners and gentle edges. And at 150 grammes, it is super lightweight to carry around.

The overall finish and build quality of the device is top-notch and its rather hard to find any flaws. That said, the 13MP rear camera on the back protrudes a good few millimetres. Now, this is no way a deal-breaker, but it does make the phone a tad slippery. 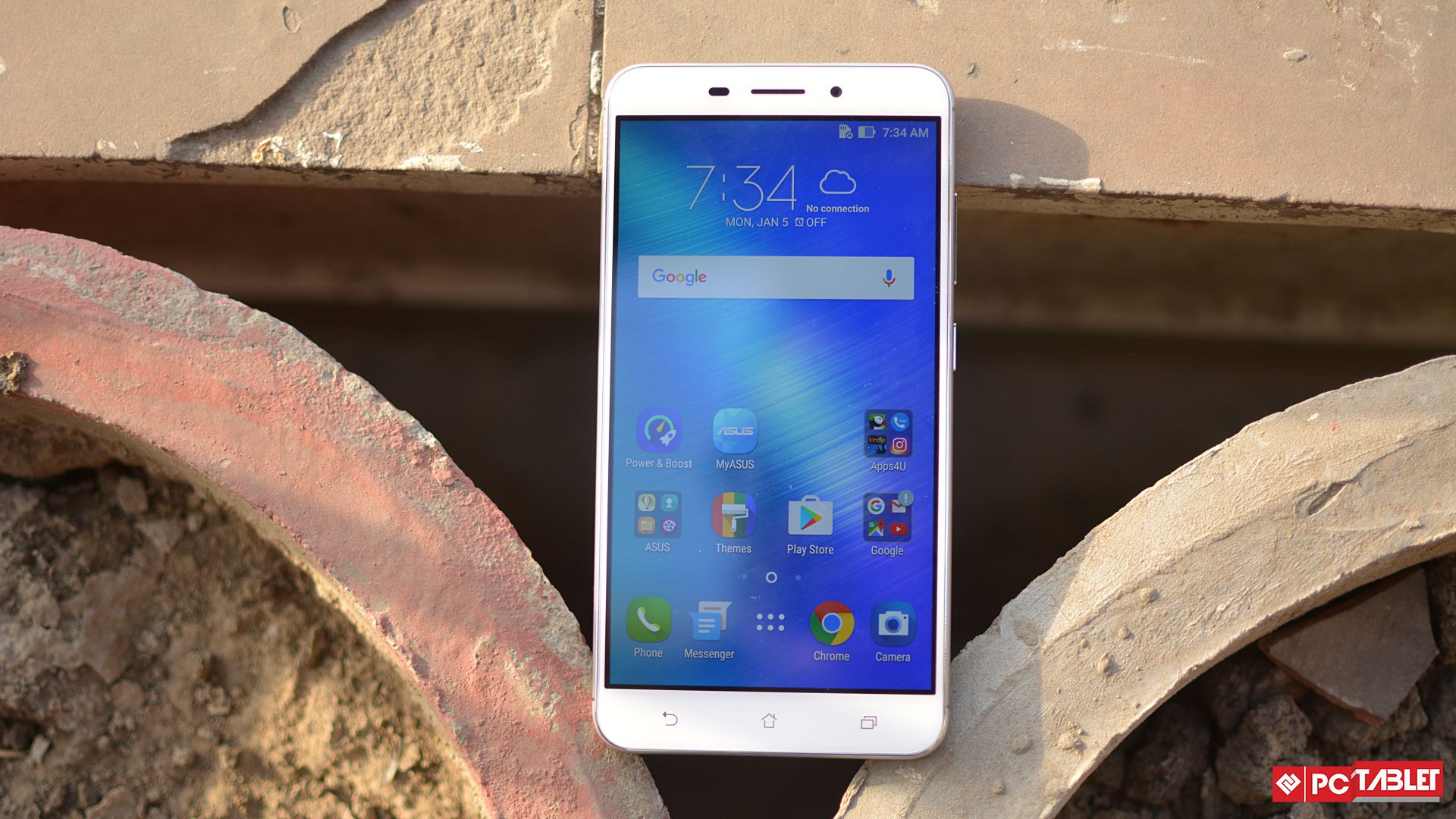 The Asus Zenfone 3 Laser packs a 5.5-inch Full HD IPS display with Corning Gorilla Glass protection. Text and images look crisp without any distortion while viewing angles are impressive as well. Besides, colour accuracy is also pretty top-notch with natural and balanced colour reproduction. You can also tweak the colour temperature and contrast as per your preference under Display settings. Overall, the phone’s display is pretty top-notch, and I couldn’t find any obvious faults with the phone’s 5.5-inch screen. It works well both indoors as well as outdoors, barring the fact that it’s prone to fingerprint smudges.

Notably, the company claims the display’s bezel is as narrow as 2.58mm, which gives it a screen-to-body ratio of 77 percent. According to Asus, this maximises the screen area and reduces the phone’s overall bulk. It also has a ‘Blue filter’, which essentially comes in handy while reading at night or during prolonged gaming sessions to reduce eye fatigue.

Under the hood, the Asus Zenfone 3 Laser gets Qualcomm’s latest budget processor in the form of Snapdragon 430, bundled with 4GB of RAM and Adreno 505 GPU. The combo is good enough to give a smooth and fluid experience. Apps open snappily without any delays while multitasking is also handled rather well, barring an odd lag I came across when I had too many apps and browsers opened. Even high-end games such as Asphalt 8 run beautifully on the Zenfone 3 Laser, without any frame drops or stutters. To top it up, the phone’s external speaker also packs quite a punch which adds to the overall experience. In our benchmark test, the phone racked a decent 43575 points in Antutu. While in GeekBench 4, it bagged single and multi-core scores of 635 and 1878. 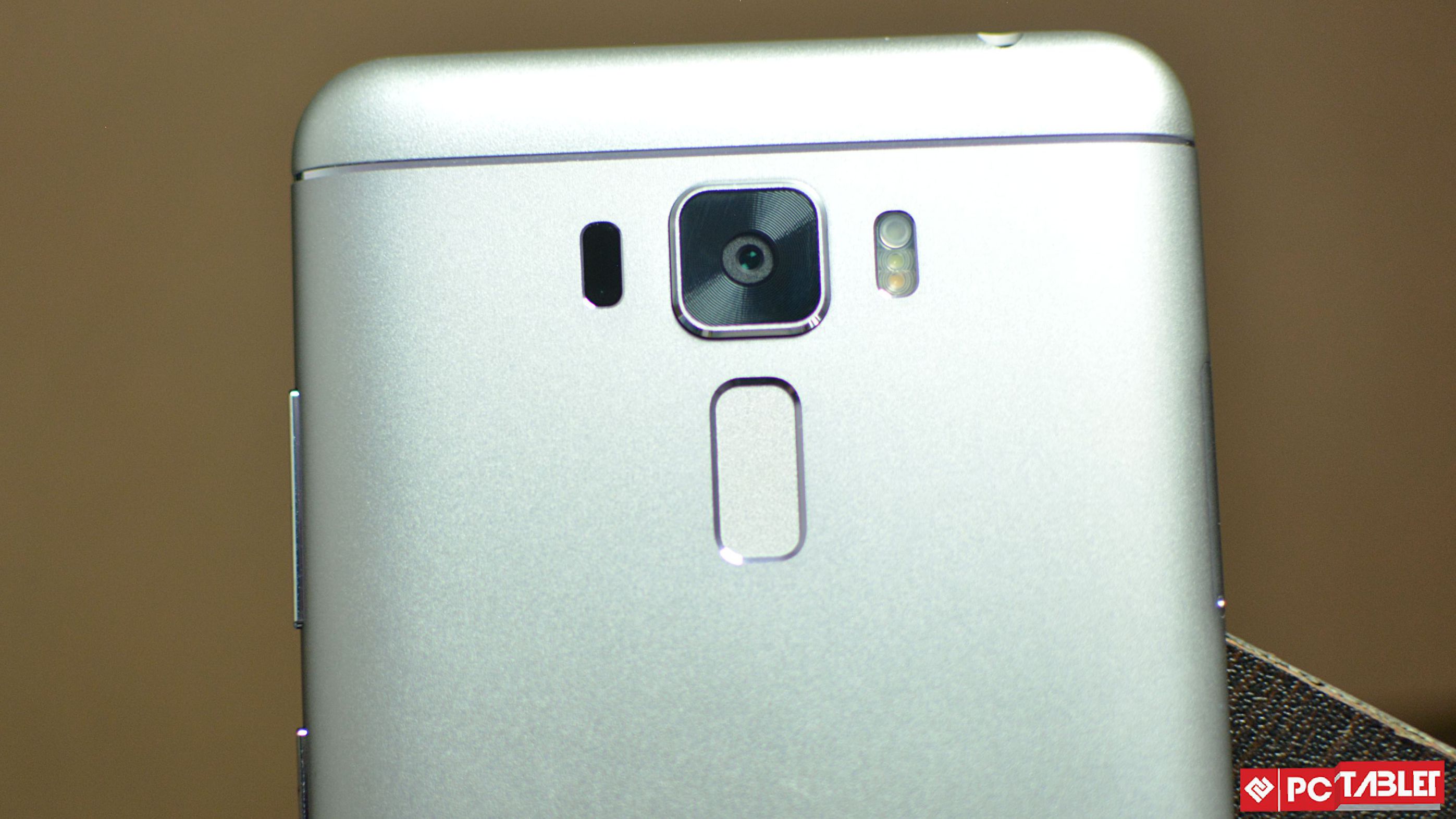 Similar to the one found on the company’s expensive devices, even the Zenfone 3 Laser gets a rectangular fingerprint scanner housed right below the camera. While it worked well and unlocked the device every time during the review process, it’s not as snappy and responsive compared to others. However, the phone’s touch response feels great.

Using Asus Zenfone 3 Laser was a fluid experience. Multitasking is a breeze as apps open snappily.

The Zenfone 3 Laser packs a 3000 mAh battery which on paper, doesn’t seem enough, considering the phone’s full HD display. But it lasted me over day’s usage pretty easily, which included a few hours of calling, web browsing, clicking photos, occasional video and music streaming, along with using apps such as Facebook and WhatsApp. For most users, the device can hold on its own for a full 24 hours. That said, the battery onboard does not incorporate any fast charging technology, and it takes around 3-3.5 hours for it to reach full capacity. 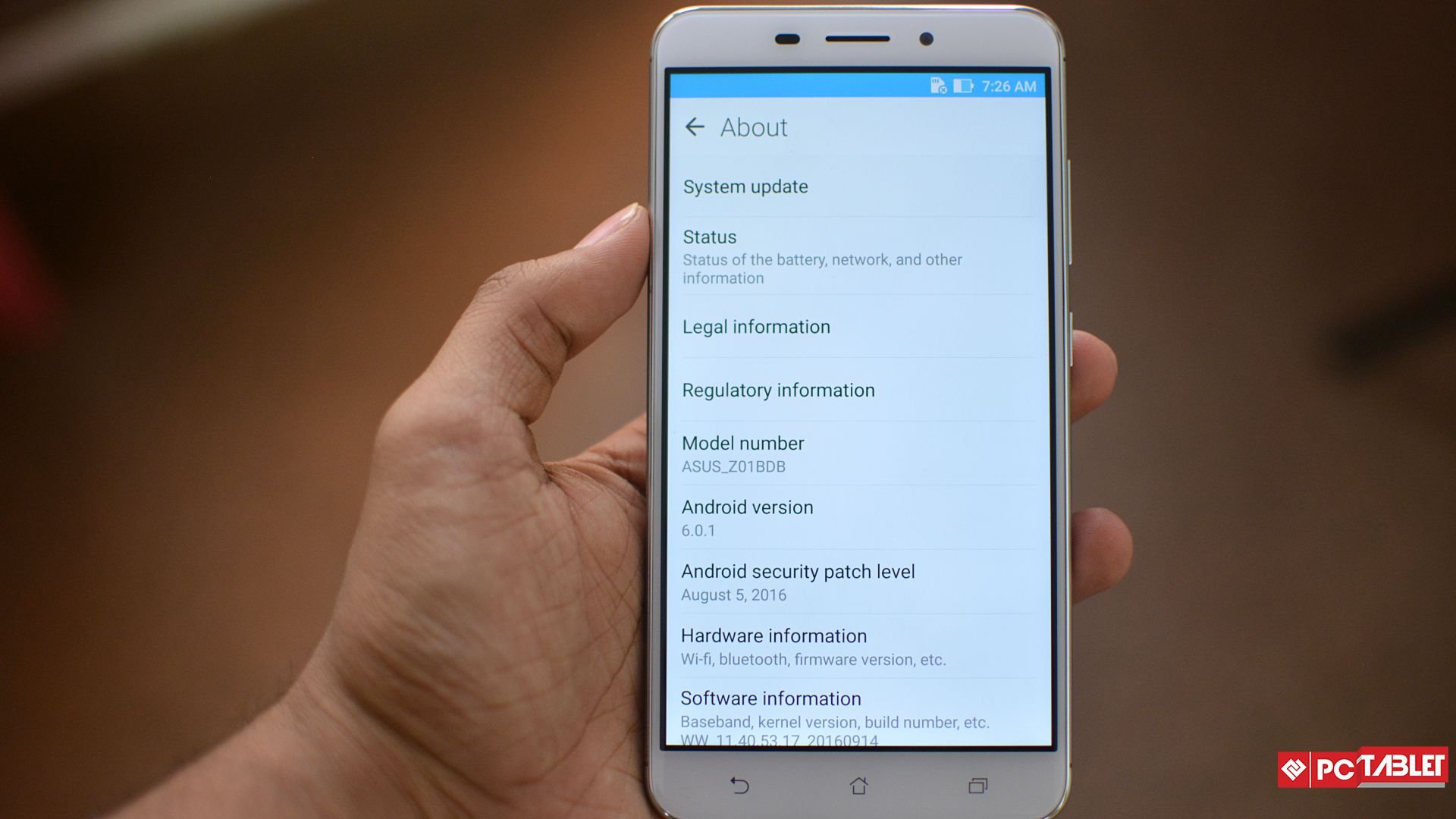 The Zenfone 3 Laser runs Android 6.0.1 Marshmallow out-of-the-box. Sadly, the company has added its Zen UI 3.2 skin which is far from what you’d call Zen-like. While it functions smoothly without any lags or stutters. But with such heavy skinning, it kills the whole essence of stock Android. There is a lot of bloatware along with unnecessary changes to Android’s already excellent user interface. Any Android user like me would prefer a stock Android or something close to a stock Android experience. Though with the Zenfone 3 Laser, all you get is unnecessary tweaks, gimmicky animations and a barrage of constant notifications.

The smartphone’s 13MP primary camera with Sony’s IMX214 sensor is probably the phone’s major selling points. It gets flanked by the new laser autofocus and twin LED flash. The company claims that its super-fast 1.5-meter laser focus locks onto a subject in 0.03 seconds, and it did not disappoint. The feature works as advertised and locks onto a subject quickly, especially while taking macro shots. 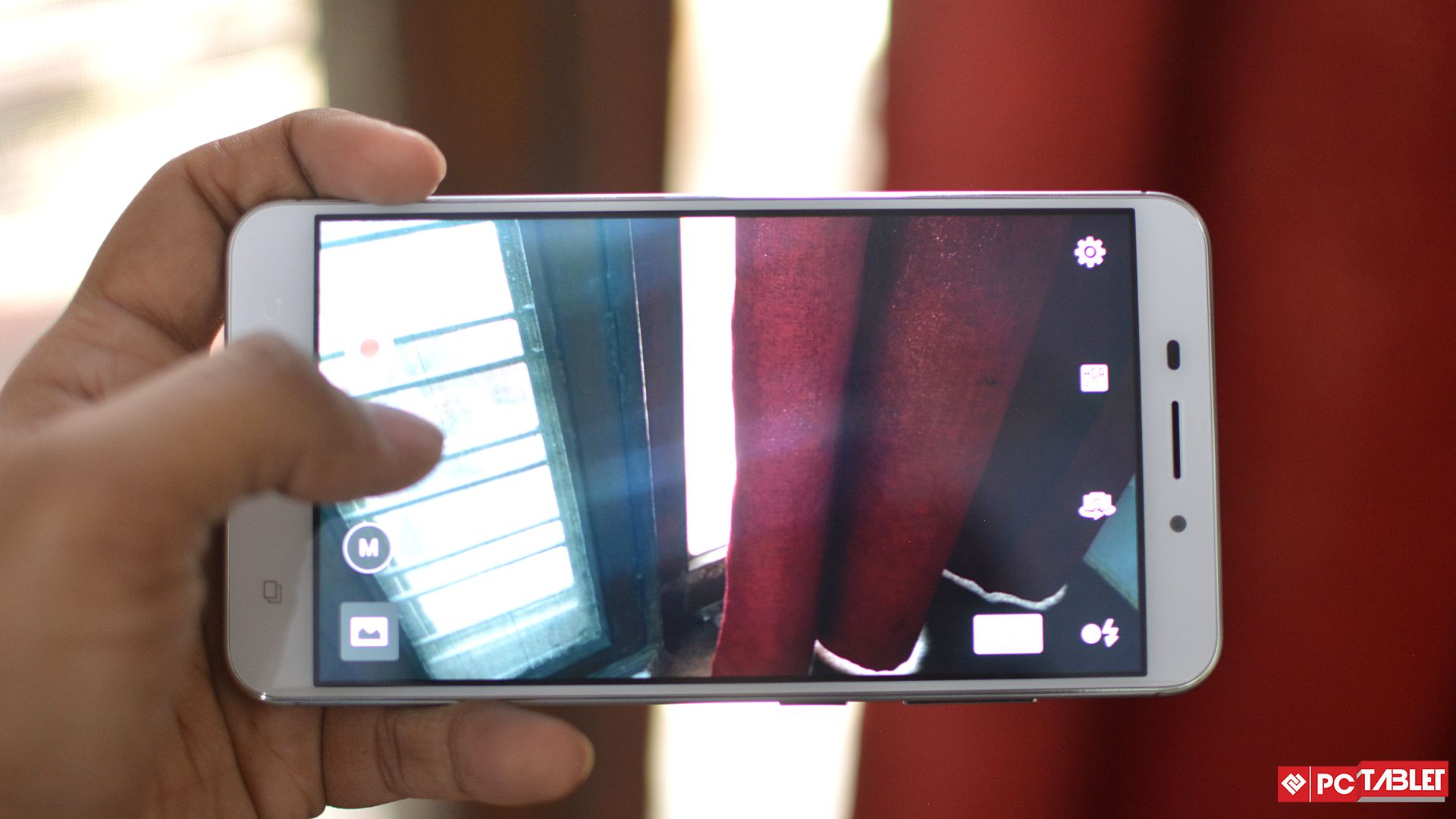 Talking about the image quality, the 13MP rear camera gets EIS (electronic image stabilisation) and captures details extremely well. Colours look natural and nicely balanced. Besides, the phone’s camera also deals with exposure levels quite decently. Even images shot in low-light are pretty good, barring some loss in detail and graininess. There’s also special ‘Night’ mode for low-light shooting, which when activated belts out bright photos even in low-light. It also gets 1080p video recording, and thanks to the EIS feature, videos recorded look more than satisfactory.

And yes, it also packs an 8MP selfie shooter which is also a consistent performer in most lighting conditions. It’s fast and totally capable of keeping selfie fans busy for long.

The Asus Zenfone 3 Laser initially came across as one of those that might have been a let-down, but it ended up over-performing in nearly every aspect. Its Full-HD screen is one of the best I’ve come across at this price range. Besides, it runs games run beautifully and also packs a great set of cameras which makes it an ideal choice for anyone looking for a good camera phone which is a solid all-round performer.

Sure, it loses points in the software department, but still, the Zenfone 3 Laser makes for a reliable performer across the board. Priced at Rs. 18,999, its costs substantially higher than Zenfones of the past, but its performance in every area makes it worth every penny.