San Francisco based Uber has put in a bid for Nokia’s digital map service ‘Here’. Finnish company Nokia has announced last month that they want to sell Here.

Uber has put in a bid for approximately $3 billion for Here. Nokia map service is second most popular service after Google Maps.

Nokia bought Here for $8.1 billion in 2007 by acquiring Navteq to integrate maps in its smartphones.

As of now Uber depends upon Google Map service for routing and arranging routes. Having a map service of its own would convert Uber from a simple Cab service provider into a full fledged logistics service provider.

Google and Uber have a very interesting relationship. Google has invested in Uber whereas Uber license Google’s Map technology.

It seems Uber has grown out of love and wants to control the main technology driving its business by its own.

Apart from Uber a consortium of German Automobile manufacturers Audi, BMW and Mercedes-Benz have also put in a bid for Here along with Chinese search giant Baidu.

An undisclosed private equity investor has also put in a bid for Here.

Automotive companies are worried that Silicon Valley biggies such as Google Inc, Apple Inc or Facebook may try and acquire the Nokia maps. Nokia plans to decide a suitor for its Here business by end of June. 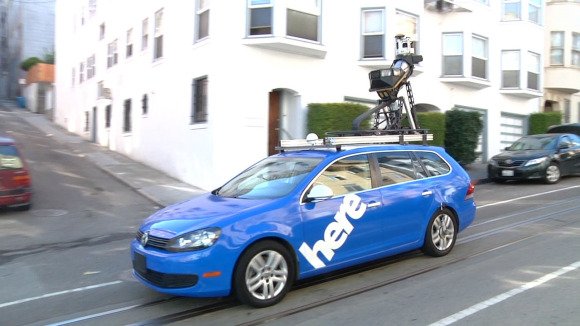 Nokia Here map has some of the best maps with voice guided navigation features.

Nokia has mapped more than 2.1 million kilometers using True Cars in 3D. Nokia has a team of 6000 employees keeping the maps updated every minute.

Here controls more than 80% market in the map navigation system in major cars. Nokia parted from its smartphone business in 2013, the rationale to keep Here with Nokia is lost.