Scientists led by Indian-American Neal Devaraj have designed an artificial cell membrane that can sustain continuous growth as a living cell.

Devraj who is a professor at the University of California in San Diego said; “The membranes that we created, though completely synthetic, mimic several features of more complex living organisms, such as the ability to adapt their composition in response to environmental cues.” 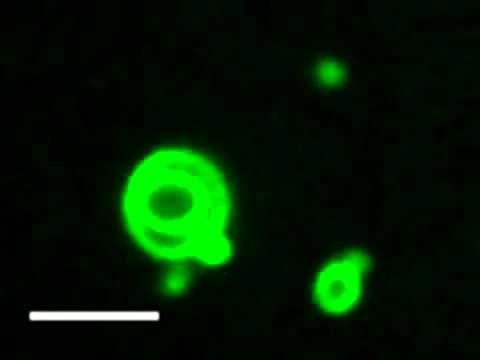 Now scientists can replicate more accurately the behaviour of the living cell membranes.

He added, “For developing the growing membrane, we substituted a complex network of biochemical pathways used in nature with a single autocatalyst that simultaneously drives membrane growth.”

The above video shows Growing cell membranes in a time lapse sequence (The numbers correspond to minutes of duration).

According to the study conducted by Devraj and his team, the designs of simplified lipid-synthesizing membrane uses a synthetic, membrane-embedded catalyst that is capable of self-reproduction.”