Motorola, now a subsidiary of Lenovo, recently unveiled the G4 and the G4 Plus at an event in India on 17th May. The only difference between the regular model and the Plus variant is that the Plus variant sports a fingerprint scanner. The overall performance of the G series has made it a favorite among budget users, but the camera and the screen quality was poor. Moto has worked on those areas and improved them to a great extent in the 4th generation of the G series.

I have bought the 3GB RAM-32GB Internal Storage variant handset (this is a retail unit, not a review unit) from Amazon, and I have been using the handset as my daily driver for the last three weeks. 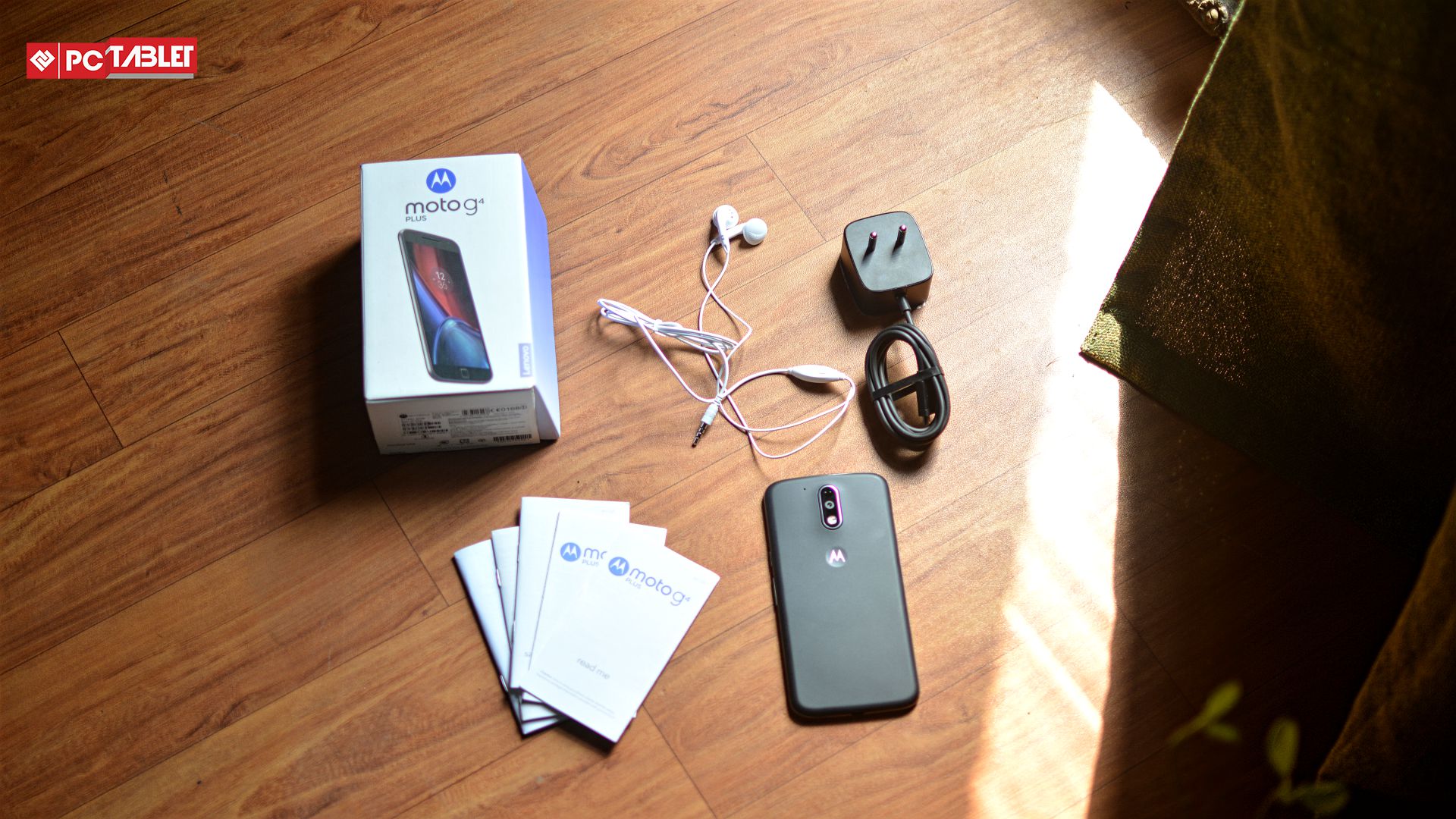 The G4 Plus is a well-crafted piece of hardware. In spite of being a large handset it does not slip out, and the in-hand feel is great.

The screen size has been bumped to 5.5 inches from the previous 5 inches on the 2nd generation and 3rd Generation Moto Gs. At the bottom of the display, we find a square button housing the fingerprint sensor which does NOT double as the home screen button. I keep hitting the fingerprint sensor to take me to the home screen but in vain. It’ll require some practice to get used to this.

The G4 Plus sports a removable back made of plastic, but it is not slippery. The metallic frame around the device also feels plasticky. Although the phone is made up of plastic, it does not feel cheap but at the same time, it is not as premium as the OnePlus One or the cheaper Redmi Note 3.

After the back cover is removed, we get two sim slots with nano to micro sim adapters and a microSD card slot supporting SD cards up to 128GB.

The device stands at 7.9mm at the thinnest portions and 9.8 at the thickest region, i.e. the slightly protruding camera module. The back of the G4 Plus is flat as opposed to the curved design of the previous models of the Moto G series. The only thing that is missing from the previous generation is the IP67 rating. Moto claims that the handset is splash proof, but you cannot take it for a dive as you could with the Moto G3.

The Moto G4 Plus sports a 5.5 inch full HD display with a pixel density of 401 ppi as opposed to the 5-inch 720p displays on the previous generations. The display is protected by Corning Gorilla Glass 3, but the screen is a fingerprint magnet. 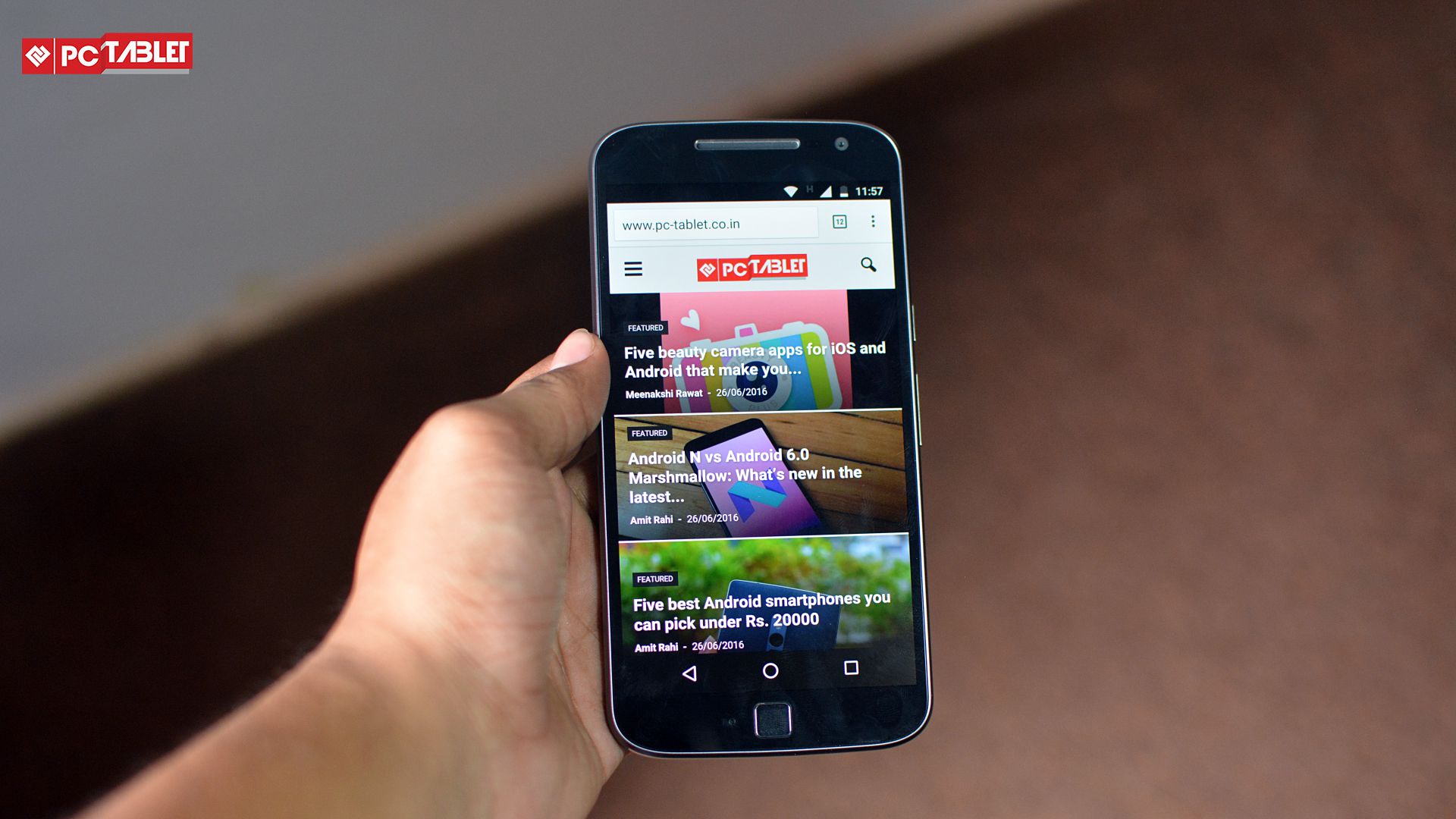 It is much brighter as compared to last year’s Moto G. The sunlight readability is good so are the viewing angles. The color reproduction is pretty decent. I had no issue reading texts in harsh sunlight; all I had to do was increase the brightness to the maximum limit.

The phone runs almost a stock version of Android, and there is no bloatware to slow it down. The performance is snappy, and multitasking is a breeze. On an average, the free RAM is around 1.5GB, and there is no lag while switching between apps or when multiple tabs are open in Chrome!

As I have said before, it is the Hottest G till date, Hot but for one wrong reason. The handset tends to heat up when the GPS is on for a long time or when connected to Wi-Fi! The culprit is the Snapdragon 617 SoC. When I was recording 1080p video, the handset got warm pretty quickly, and I noticed some lag after 20 minutes of continuous usage.

Gaming on this device is a pleasure. It can handle all kinds of games ranging from games like Temple Run to graphics intensive games like Modern Combat 5, N.O.V.A. 3, Asphalt 8, etc. All the games ran smoothly, and there was no lag, but I noticed a few frame drops on N.O.V.A. 3. Other than the heating issue, the handset is an excellent choice for gaming.

As I have always said, there is a huge difference between the results of synthetic benchmarks and real world usage! Some devices score high on these benchmarks but fail to deliver top notch performance in day to day usage. Some devices even start off well but starts lagging after a few weeks of usage.

AnTuTu and GeekBench scores are pretty good for this mid-range device. The scores are nowhere near the ones from Snapdragon 650 present in the Redmi Note 3 from Xiaomi, but it performs pretty well.

All the Motorola handsets run near stock Android with a few under the hood tweaks. The Moto G4 Plus is no exception. It runs Android Marshmallow 6.0.1 out of the box. The user experience is greatly improved due to the absence of bloatware. Being a fan of vanilla Android, I like the interface pretty much. With the Moto G4 Plus we don’t see multiple apps performing the same function, i.e. only the Google Photos app is present as the sole gallery app. 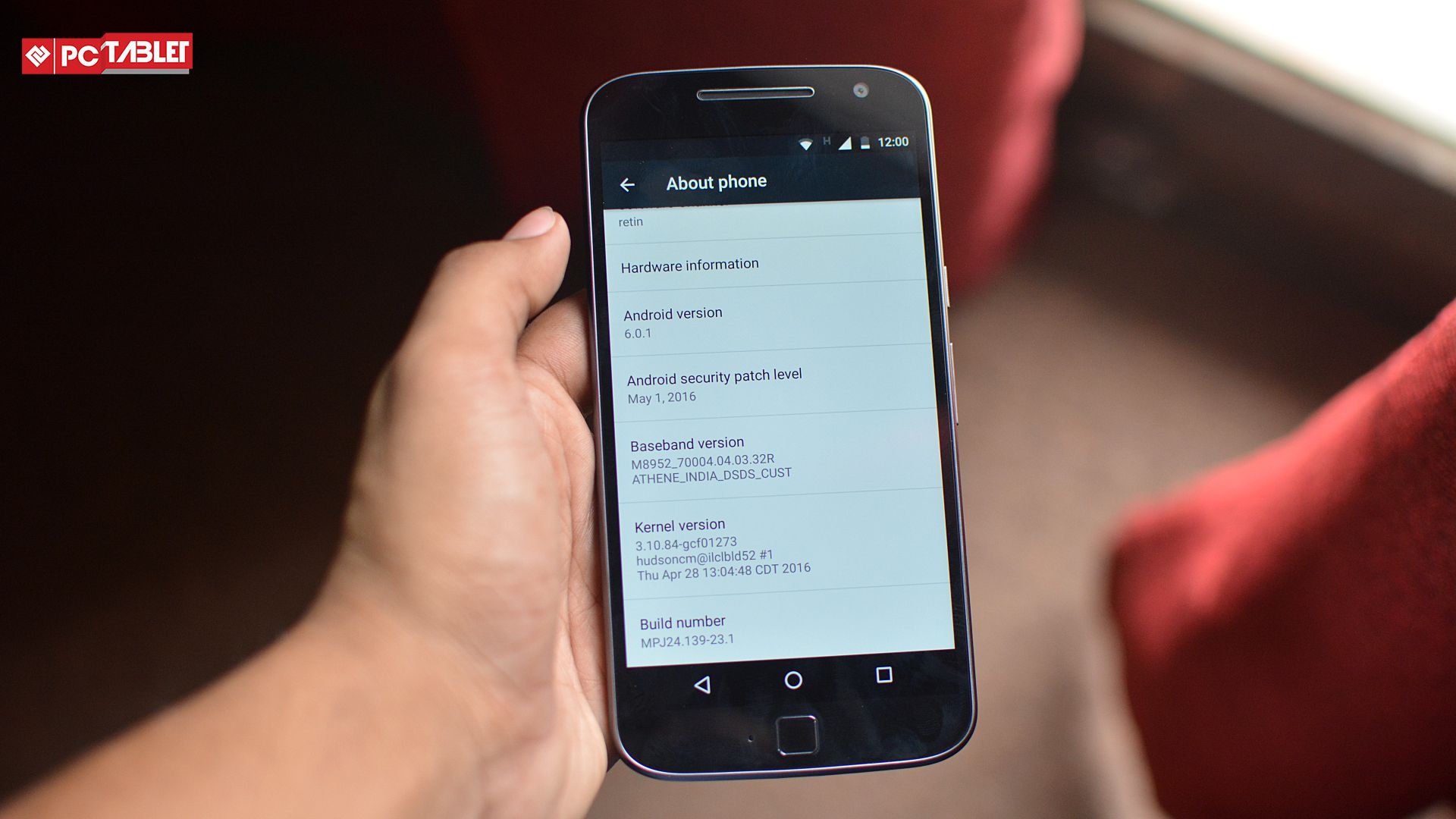 Earlier there used to two sets of apps in these cases, one from Google and Motorola’s apps. It’s good to see that Motorola has worked with Google to provide a clutter-free app drawer to the users like we see in the HTC 10. There is an absence of clear all buttons to erase all the previously used apps in stock Android, and users have been asking it to be built into the OS. Google has finally done that in the Android N preview, but Motorola decided to surprise its users by enabling that feature in the Moto G4 Plus. We also get a myriad of features with the much coveted Moto Actions.

These are some extra features that come with all the Motorola handsets. They allow the users to launch apps or perform certain functions with certain gestures. Let’s say that you are walking down the road one evening, and there is a power cut; you don’t need to navigate to an app or to the quick settings to switch on the LED. With the Moto G4 Plus, you can double chop the phone to launch the flashlight! Similarly, you can double twist the phone to launch the camera, and you won’t miss a shot.

The previous handsets from the Moto G series were an average performer in the optics department. But with the G4 plus Motorola has done a great job in this regard. The primary camera is has a 16MP sensor with f/2.0 aperture, and the front camera is a decent shooter with a 5MP sensor. DxOMark has ranked the camera quality of the G4 Plus alongside the top performers like the Nexus 6P. The camera interface has been improved a lot. 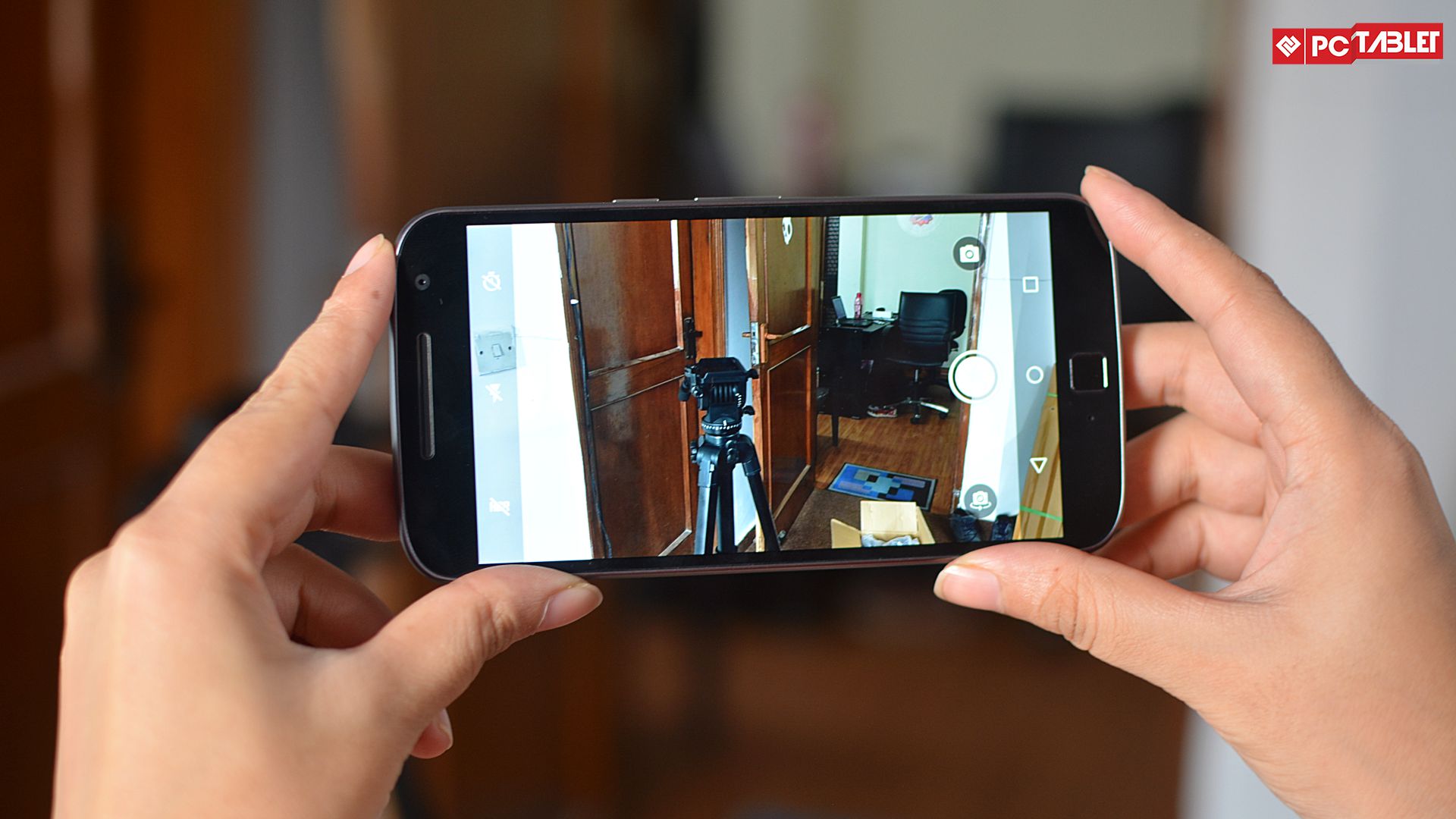 In addition to the panorama mode, there is now a Slow Motion mode and a Professional Mode in the camera app. The Professional Mode allows the users to have full control over the camera and tune each setting to their choice, manually. Within a month of its launch, there have been two updates. One came bundled in an OTA update with the security patch, and then Motorola published the Camera app in the Play Store in order to deliver updates quickly. Then came another update for the Camera app and the Camera Tuner. Camera Tuner update brings under the hood fixes for the original app. The video quality is also great on both the front and the back cameras. 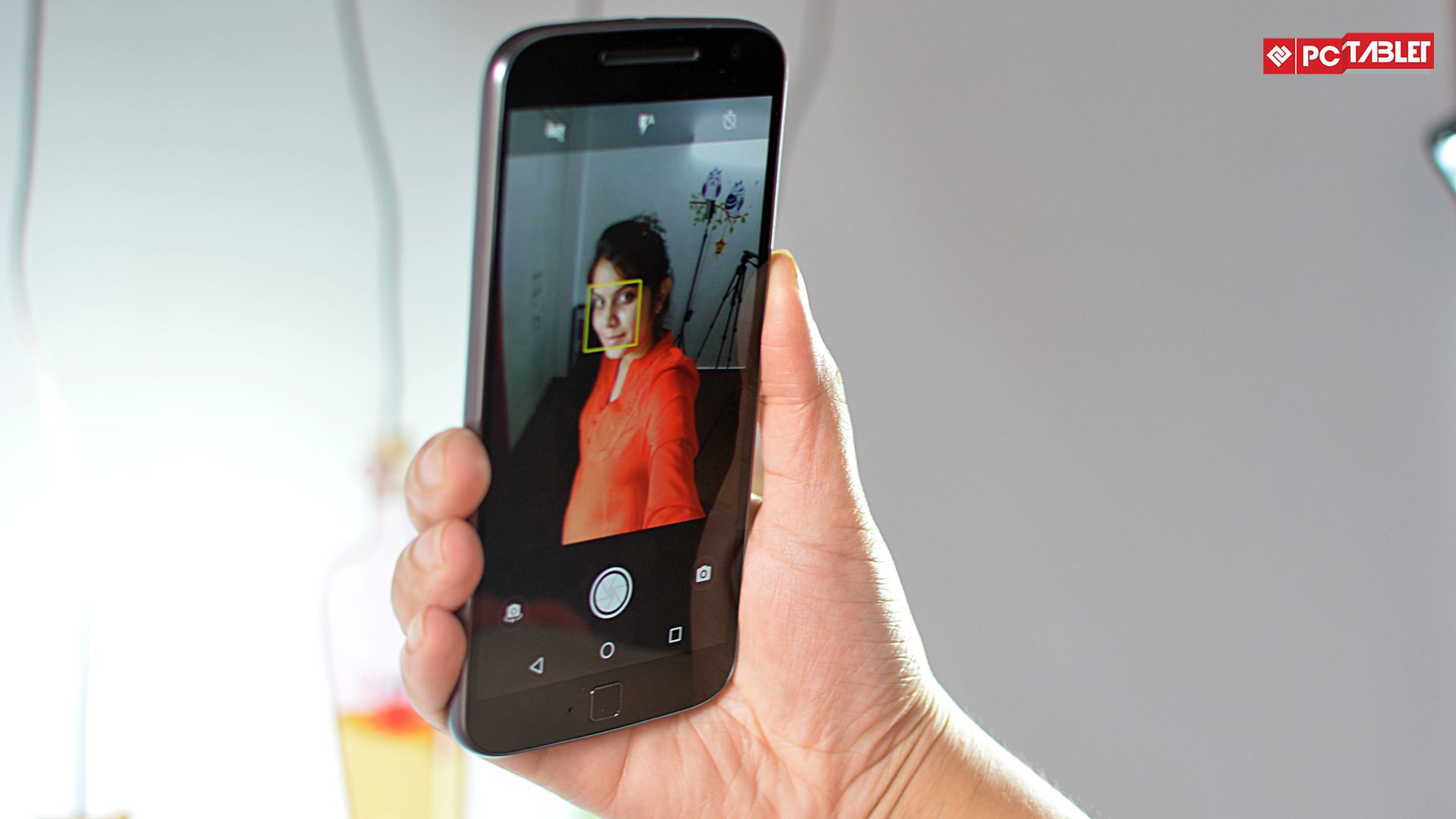 The only drawback is that the handset gets heated up after using the Camera for about 10 minutes. When shooting videos for about half an hour, the phone becomes unresponsive and reboots. I hope this will be fixed via future updates.

Motorola has managed to include a 3000mAh non-removable battery inside the G4 Plus while keeping the handset slim. The battery backup is good, and I had about five plus hours of screen on time with moderate usage. The best thing is that the handset comes with TurboPower enabled, and the fast charging feature allows the handset to go from 0 to 100% in about 1 hour and 50 minutes. 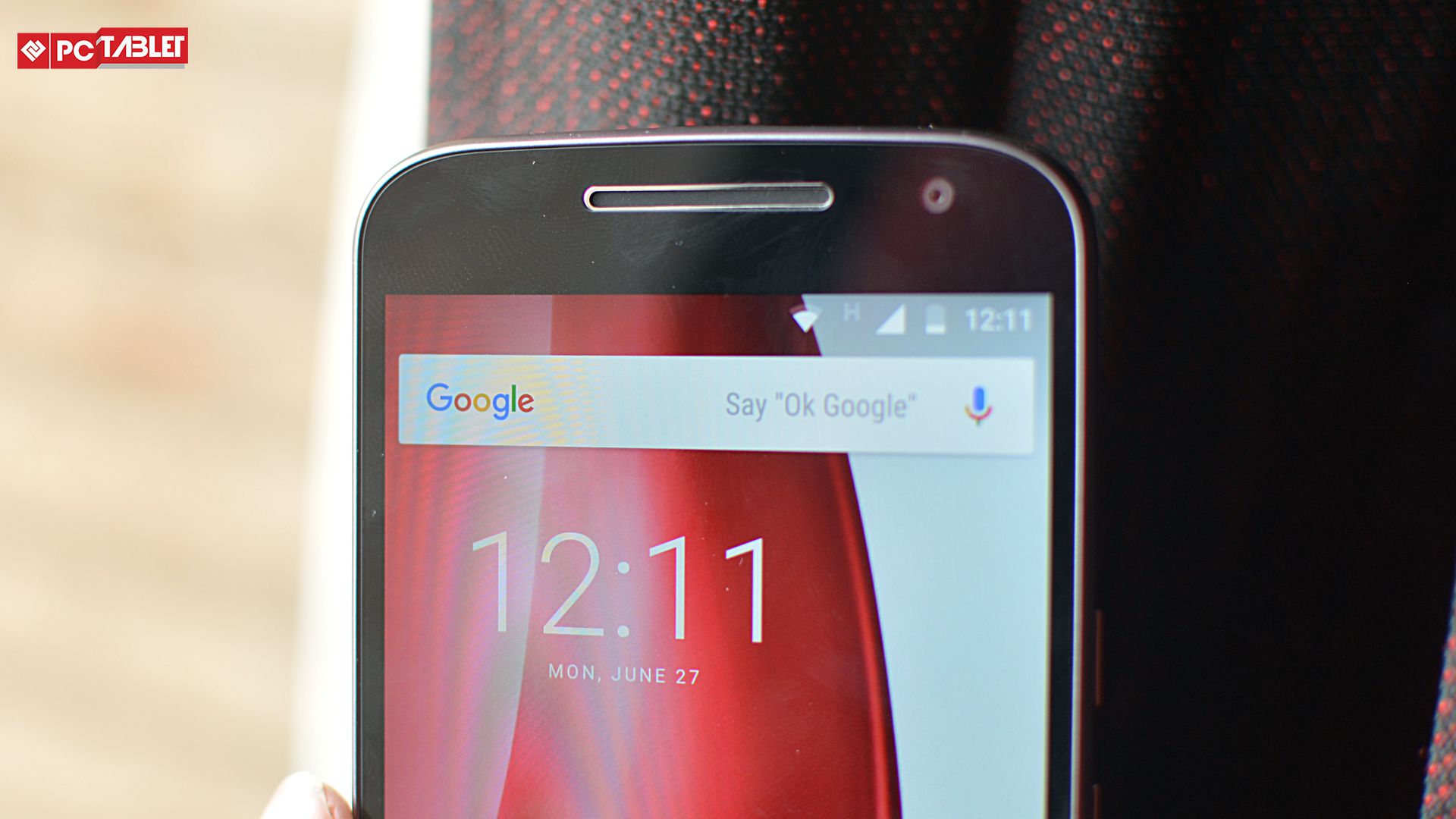 The handset supports Dual SIM and allows the user to customize each SIM card for different uses like data, text messages, etc. It is 4G enabled with support for all the LTE bands for India. But one can use 4G on one SIM at a time; the other automatically goes to 3G. The call quality is also crisp.

The Moto G4 Plus brings with it the much-needed upgrades to the Moto G family, thereby improving the performance substantially. Being powered by an upgraded Snapdragon 617 SoC with near stock Android, the handset ensures butter smooth performance. The fingerprint sensor was an important inclusion, and it brings it on par with most other devices in the security department. The position of the fingerprint sensor might not please every user, but it is very responsive and fast. Battery life on the Moto G4 Plus is good, and the TurboCharging facility ensures lesser charging time.

There is a lot of competition in the sub-15k range, but the Moto G4 will surely shine. In addition to the butter smooth performance, great camera quality there will be timely updates. The company has promised to provide updates till Android O! It would have been great if it retained the water and dust protection just like the Moto G3.

At Rs. 13,499 for the 2GB RAM-16GB Internal Storage variant and Rs. 14,999 for the 3GB-32GB Internal storage variant, you’ll be a gainer if you pick up either of these variants. They are available for purchase only via Amazon India at the moment.