The Indian smartphones market today witnessed the announcement of NamoTel Achhe Din, a 4-inch display smartphone that comes with a price tag of just Rs. 99 only. Touted as ‘Acche Din’ – the smartphone is launched by the Bengaluru-based company NamoTel. The brand promoter, Madhava Reddy, revealed it as the cheapest smartphone ever produced in the world that comes with a 4-inch display, 1.3GHz quad-core processor coupled with 1GB of RAM, and is a 3G enabled phone. 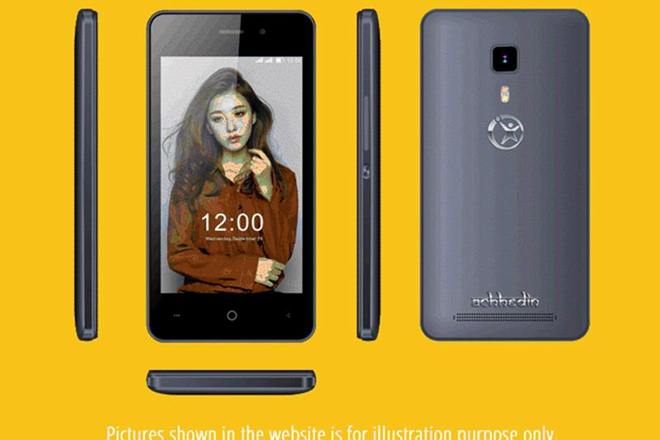 Acche Din comes with an entry level smartphone specifications. It features a 4-inch 720p display which is powered by a Quad-core Processor (the exact information is not available right now) and coupled with 1GB RAM. The internal storage of phone is 4GB and can be expanded by using a MicroSD card.

To our surprise, it’s a dual-SIM 3G smartphone and also features 2.0 MP and 0.3 MP cameras at the back and front respectively. The phone housing is basically a cheap work of plastic and comes with a removable 1325 mAh battery. You can select among White or Dark Grey color options while it’s Chinese counterpart comes in Rose Gold color as well. Yes, it’s actually very much similar to the Leagoo Z1 3G smartphone that’s available on sale at few Chinese ecom portals. If we talk about the OS of the phone, it comes with Android 5.1 Lollipop out of the box.

The smartphone can be booked or pre-ordered by visiting its official website. But there is a little twist in the booking procedure! You need to have an aadhaar card ID and one photo. We are not able to identify the reason behind it, but this could be because of cutting the resellers out and selling the device to the actual customers. The smartphone is available for booking from may 17th to till 25th May. And the smartphone is available on the cash-on-delivery basis. 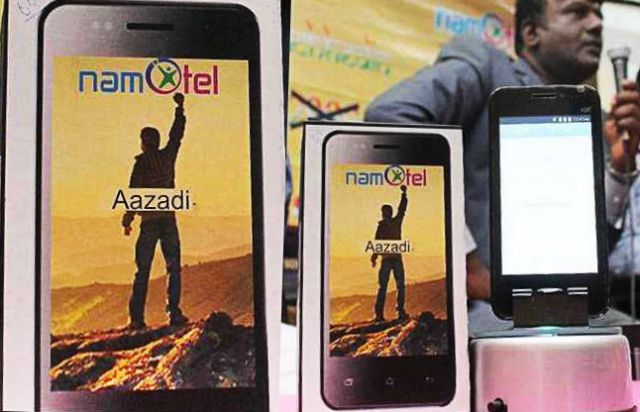 The company is not limited just to this one product only but they have a whole lineup of smartphones to offer. The other smartphones by NamoTel are:

NamoTel Achhe Din is again a rebranded Chinese smartphone just like the Freedom 251 by Noida based Ringing Bells pvt. ltd. The smartphone which NamoTel ripping off is Leagoo Z1 3G. According to this finding, the statements made by the company promoter, Madhava Reddy, regarding the Make in India campaign comes under the scanner of suspicion. 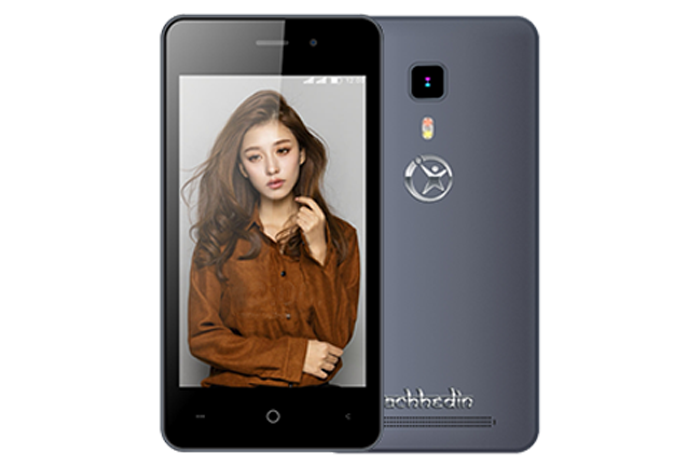 Could Be A Possible Scam?

If we take a look at every aspect of the company, they are trying to connect it with the Govt. of India as much as possible. With the brand name ‘NamoTel’ where Namo is popularly abbreviated for our PM Sh. Narendra Modi and ‘Achhe Din’ as the smartphone, the branding directly connects with the Narendra Modi. Also, the requirement of Aadhaar Card at the time of booking and connecting it with ‘Make in India’ campaign give the user a feel as if it’s a scheme run by the Government of India itself.

Again they’re offering Cash on Delivery option, so there is no monetary harm if they’ll not deliver the smartphone even after registering for it, but it could be theft of identity proof as well.

As of now nothing can be said, but beware – NamoTel – is nowhere associated or subsidized by the Govt. of India.