The Chinese global smartphone maker – OnePlus after missing its deadlines at the end of March, on Saturday announced the release of the Android 5.0 Lollipop based OxygenOS ROM update for its flagship smartphone – OnePlus One. The new OxygenOS ROM is now available to download from the company’s official website and is of 750 MB in size.

In an official blog post, director of OnePlus One – Carl Pie said, “Now, it’s time to take the next step. By creating our own operating system, we can quickly respond to user feedback and make it easier for you to continue playing a fundamental role in the future of OnePlus. Our goal for OxygenOS is to provide faster, more meaningful updates and a better-integrated range of services for every OnePlus user.”

Unfortunately, OnePlus’s new OxygenOS ROM based on Android 5.0.2 Lollipop isn’t available via OTA (Over-The-Air) update. So, consumers interested in flashing the new ROM, must have to do it manually. Users can download the update from company’s official site. 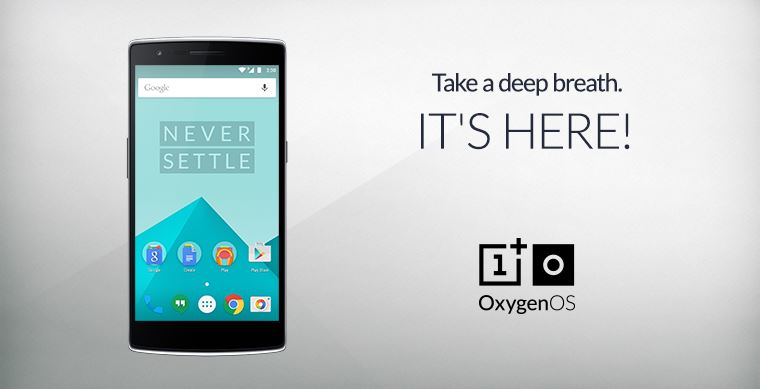 The essential and light OxygenOS ROM comes with file manager, enhanced performance and battery life over devices alongside various other bloated features.

Some of the common features include Gesture, which includes double tapping to wake up the smartphone, music controls and shortcuts for flashlight and camera. Whereas, customization features include customizing lock screen wallpapers, ability to switch between hardware and software navigations and so on. It also features Quick Settings options that let users rearrange tiles in the notification tray.

Here’s a complete official guide on how to flash the new OxygenOS ROM to your OnePlus One smartphone.

OnePlus One has also rolled out a new feedback app that allows users to submit their comments directly to the ROM team.