The man has evolved through four major stages of body’s size and shape change. It is the conclusion reached by scientists after a careful evaluation of paleontological evidence of fossils of the Sima de los Huesos in Spain’s Sierra de Atapuerca. The fossils are at least 430,000 years old and were recovered in a cave site and was of hominin species, named the Sima de los Huesos hominin.

Till modern humans arrived in the picture, it was widely perceived that Europe was populated by a relatively stable Neanderthal population.

However a group of researchers, which includes Rolf Quam, Anders Götherström from Uppsala University and Love Dalén from the Swedish Museum of Natural History, have concluded the contrary.

Researchers found that the Sima de los Huesos was taller and also was endowed with a muscular body.

However, it had a smaller brain mass that was less as compared to the to the Neanderthals. Sima de los Huesos, anatomy wise, it shared some features with later Neanderthals that were not seen in modern Homo sapiens.

Comparing the Sima de los Huesos fossils with Neanderthals and modern Homo sapiens, the research team found that the evolution of modern man has passed through four main stage. It can be expressed as a slow transformation from arboreality or living on trees to bipedalism or erect walking on legs to Sima de los Huesos with tall, wide and robust bodies. 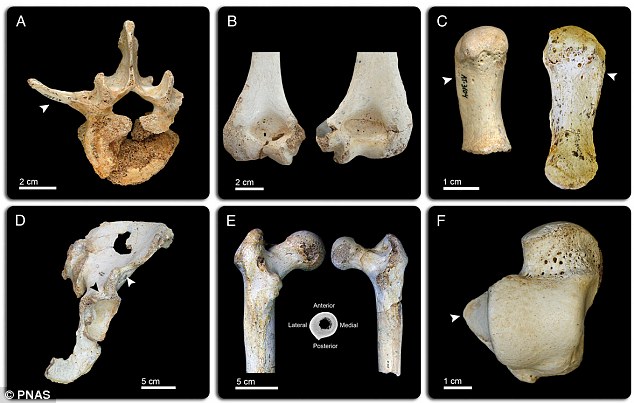 The Sima de los Huesos were at home with terrestrial bipedalism and had done away with any traces of arboreal lifestyle on trees.

Before evolving into modern members of our genus, Homo erectus, Neanderthals and the modern Homo sapiens, the intermediate species may have lived for about a million years.

The findings have been published in a paper in the Proceedings of the National Academy of Sciences (PNAS).