Samsung’s Galaxy J series has already bagged a tremendous response in the Indian market. And why not, they are valued-packed devices giving users top-notch performance at a rather economical price point. No wonder the company keeps churning out one J-series phone one after another. In the last quarter alone, Samsung launched four J-series smartphones with the Galaxy J2, Galaxy J3, Galaxy J5 and Galaxy J7.

To keep the momentum going, Samsung has added yet another smartphone in its J-series with the Galaxy J7 Prime. Though this time around, the company has decided to give it a premium makeover as the newly launched Galaxy J7 Prime rocks an all-metal unibody design with a curved 2.5D glass on the front. In essence, it’s a slightly upgraded version of the Galaxy J7 launched earlier this year with similar specifications and features, except for the all-metal unibody design.

Though, it’s Rs. 18,790 price tag could be a bummer for some. Having said that, some of us wouldn’t mind shelling a bit extra for a premium-looking device from a globally recognized manufacturer. But how does the new Galaxy J7 performs when it comes to day-to-day usage. Moreover, does it justify the high price-tag? Let’s find out.

As already mentioned, the Galaxy J7 Prime gets an all-metal unibody design that gives it a more premium look and feel. Also, it gets a 2.5D curved glass on the front which further adds to the premiumness. That said, it’s still miles behind the Galaxy S7 Edge in terms of design, but you won’t feel shy flaunting it in front of your friends without feeling embarrassed, thanks to the use of metal. Samsung often gets criticised for neglecting the design aspects of its mid-range offerings, who still have the same outdated design found on old Samsung smartphones. And apart from its metal build and the 2.5D curved glass on the front, there’s nothing new with the Galaxy J7 Prime as well. It’s still a replica of the earlier launched Galaxy J7, besides the use metal of course. 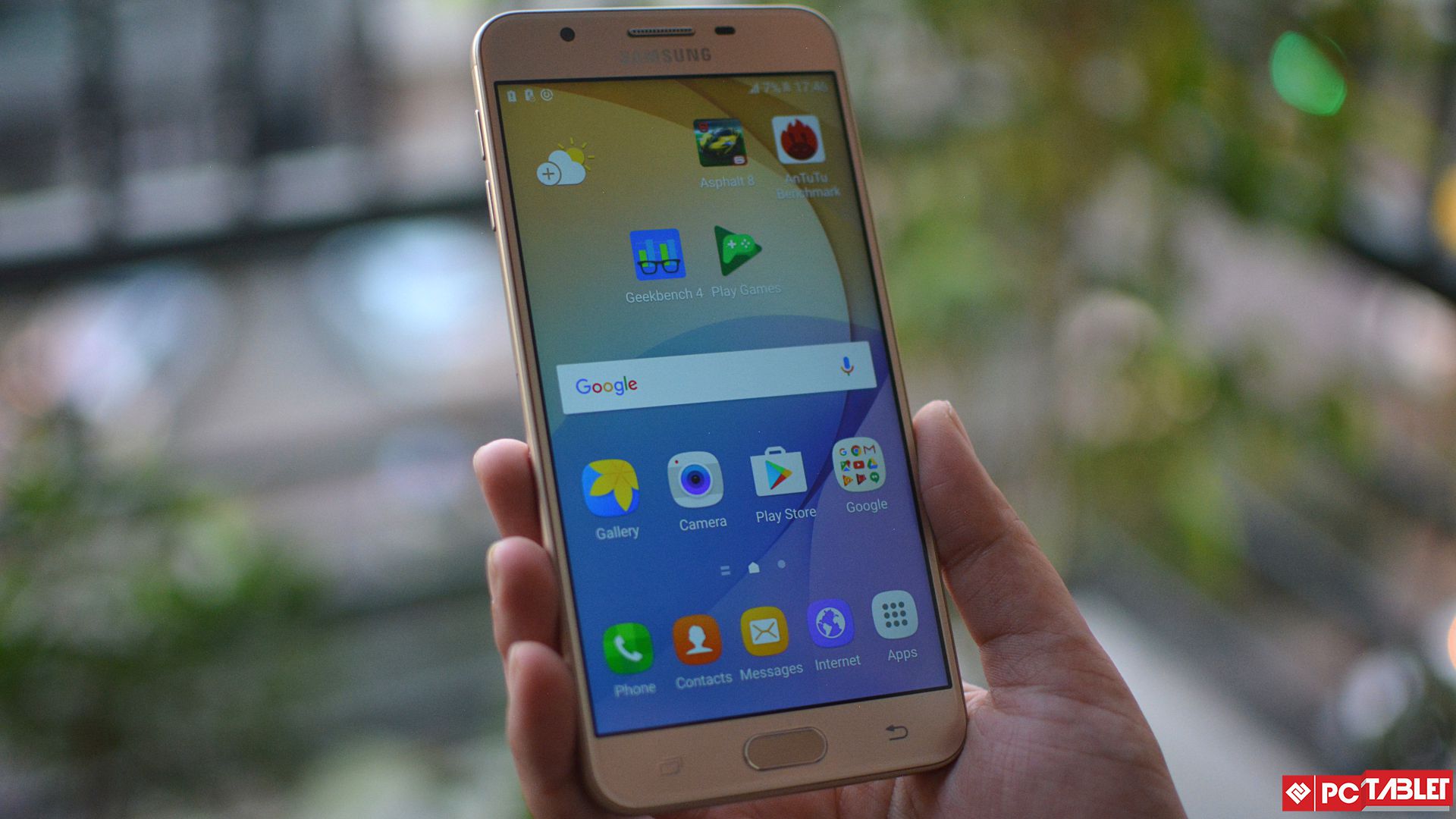 The Galaxy J7 Prime rocks a 5.5-inch Full HD display. You get a pixel density of 480ppi which is just what the doctor ordered. The display looks sharp and vibrant and has great viewing angles. Brightness levels are excellent under direct sunlight while even the colour accuracy is pretty top-notch. It’s ideal for watching movies or playing games. Besides, the 5.5-inch screen also comes in real handy while using excel sheets or editing documents.

Powered by Samsung’s in-house Exynos 7870 octa-core processor bundled with 3GB of RAM, the Galaxy J7 Prime seems well-equipped to handle anything thrown at it. Though I have doubts about the phone’s overall performance.

While regular games like Subway Surfer and Fruit Ninja work flawlessly without any lags or stutters. Also, it just zips through your daily chores such as web browsing, social networking or while multi-tasking. That said, it does lag while playing demanding games such as Asphalt 8. The overall experience was laggy during gameplay and even while navigating around the game’s menu screen. It seems the switch to Full HD display on the Galaxy J7 Prime still needs some fine tuning and optimisation. 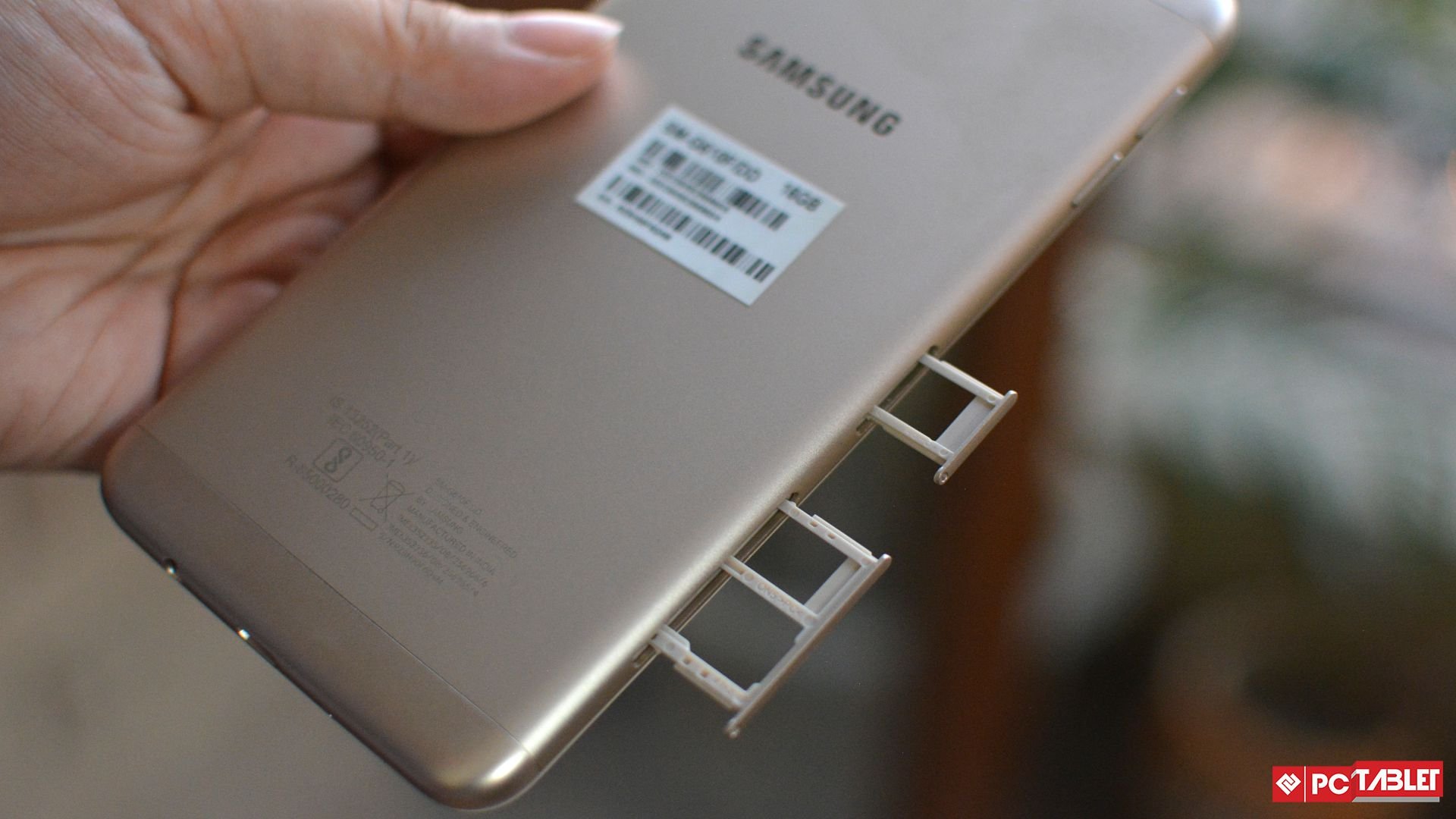 Besides, the device crashed during the setup process and needed a force restart. It does generate heat while playing demanding games or during furious multi-tasking, though not at alarming levels. Besides a few minor issues mentioned above, the Galaxy J7 Prime is a pretty solid performer across the board. In our synthetic benchmarks tests, the Galaxy J7 Prime racked up an Antutu score of 45,713, while in GeekBench 4 it got single and multi-core scores of 669 and 3120 respectively.

The Galaxy J7 Primes gets 16GB of built-in storage which is a tad disappointing given most manufacturers are now offering 32GB as standard. But you do get expandable storage upto 256GB via microSD slot. Also, it’s a dual-SIM smartphone where only one is allowed to connect to 4G at a time. The voice call quality on the phone is also loud and clear for both incoming as well outgoing calls. Notably, the Galaxy J7 Prime is the first J series phone to get a fingerprint scanner, and it does not disappoint. It’s fast, responsive and easy to setup. 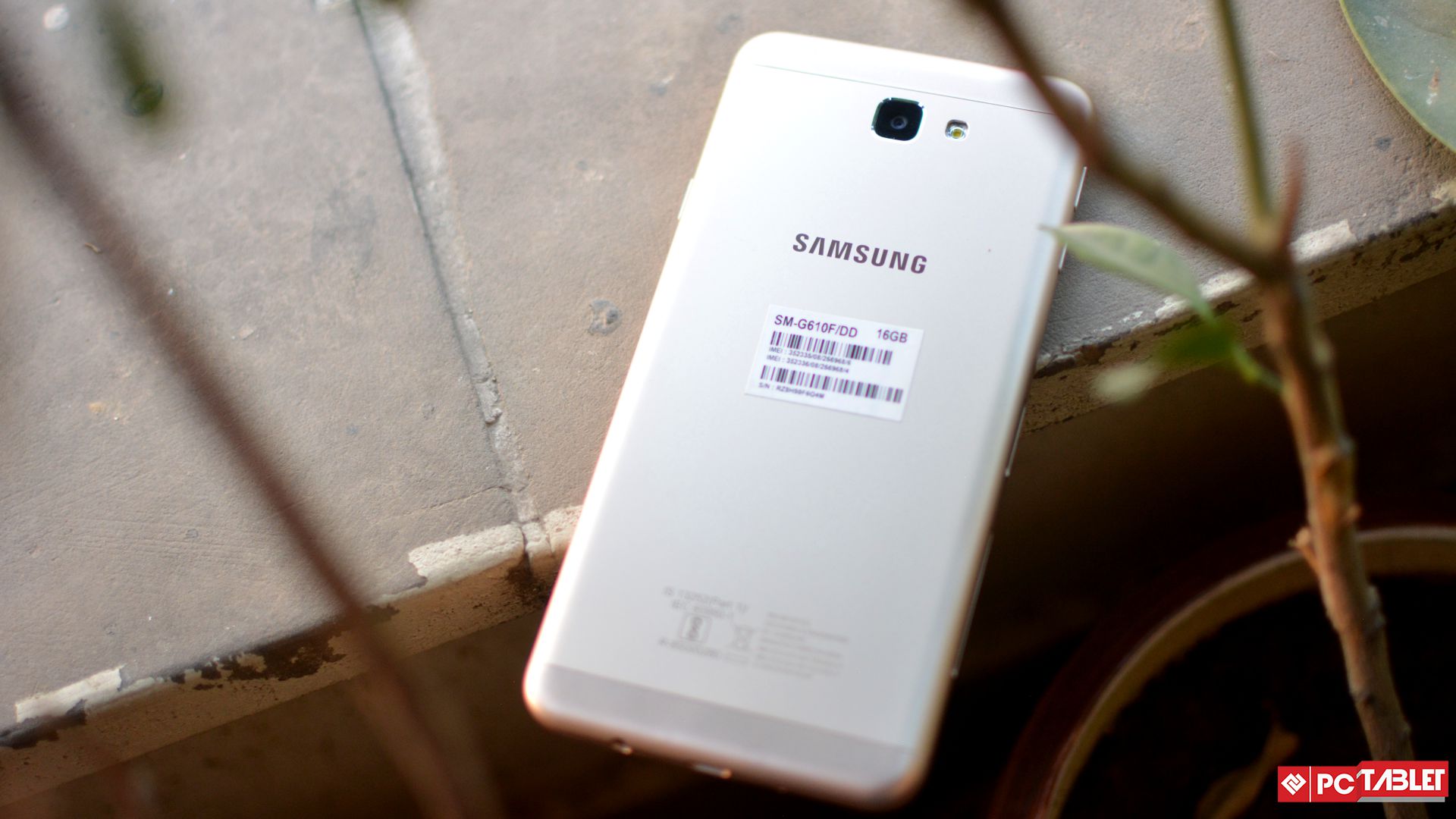 The Galaxy J7 Prime gets fueled by a 3300mAh battery which doesn’t sound enough on paper. Having said that, the real-time performance is pretty outstanding. I got over a day and a half of moderate usage before having the need to plug-in the charger. While during heavy usage which involved playing games, having multiple apps running in the background and occasional streaming of music and videos, it lasted for over 11 hours.

Samsung Galaxy J7 Prime lasted for over a day and a half of moderate usage on a single charge.

Moreover, Samsung has baked in a slew of battery saving features which further enhance the battery life. For instance, the S-Power mode can be optimised to reserve battery for calls, while the Ultra Power Saving mode limits the number of apps running in the background. These battery saving features come in real handy while you’re travelling and don’t have a power source readily available.

The Samsung Galaxy J7 Prime runs Android Marshmallow bundled with the company’s TouchWiz UI. Thankfully, you still get key Marshmallow features such as Now on Tap and DND. Besides, Samsung has bundled useful apps such as Microsoft Office suite along with  Google apps such as Gmail, YouTube, Drive, Search and more. 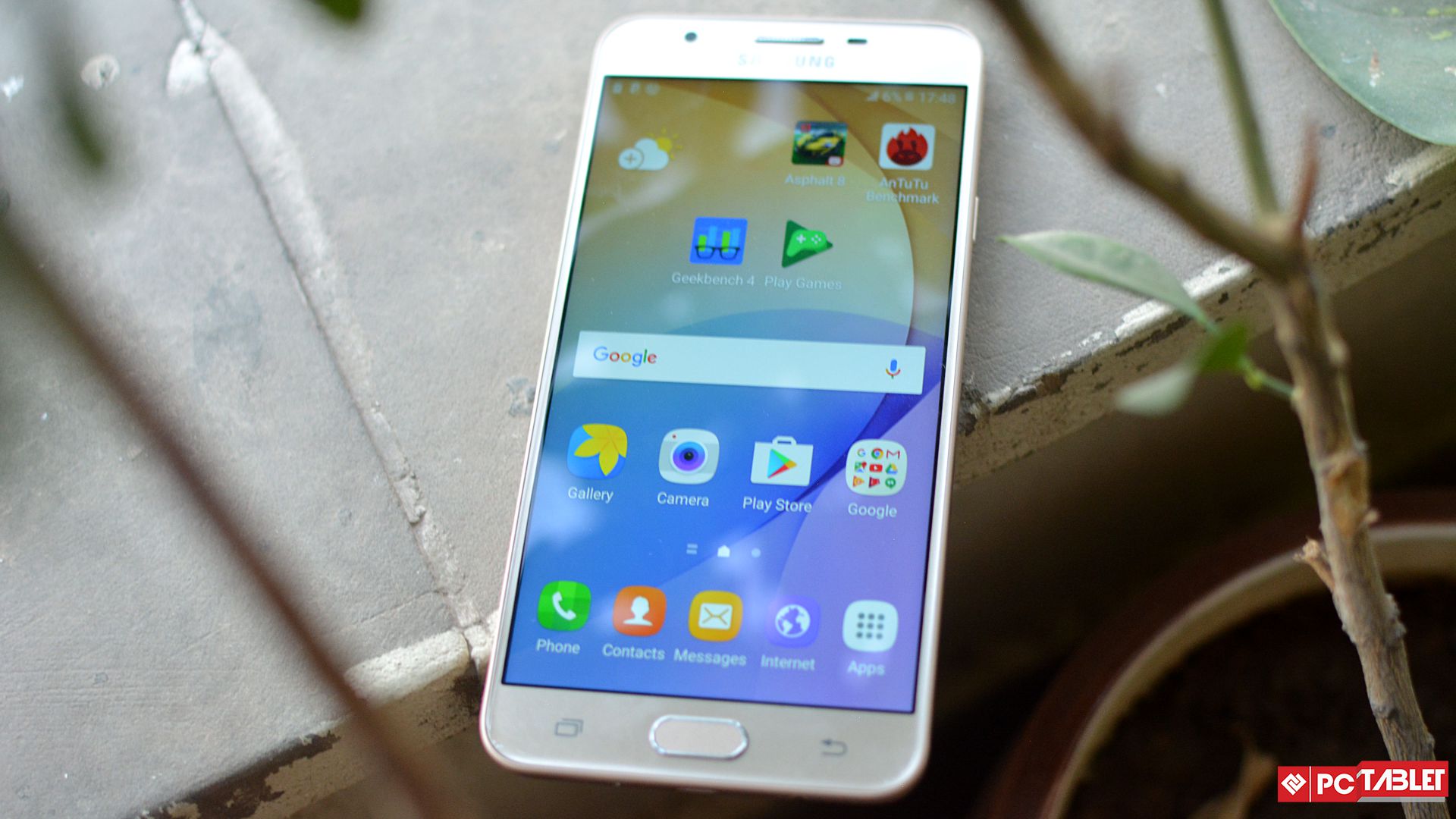 Also, it comes with India focused apps such as S-Bike Mode – a do not disturb mode for two wheeler commuters. Also, there’s the new S Power Planning feature to improve battery life along with the S Secure feature to safely tuck away your sensitive files which can only be accessed with your fingerprint. Users can directly toggle these features via the notification center for added convenience.

Overall, the UI looks pretty good and user-friendly. Samsung has indeed reduced the amount of bloatware, and the Touch Wiz UI is now much lighter than what we’ve seen in the past.

The Samsung Galaxy J7 Prime gets a 13MP rear shooter bundled with f/1.9, autofocus and LED flash. On the front it packs an 8MP selfie shooter with f/1.9 aperture, though doesn’t have a flash. 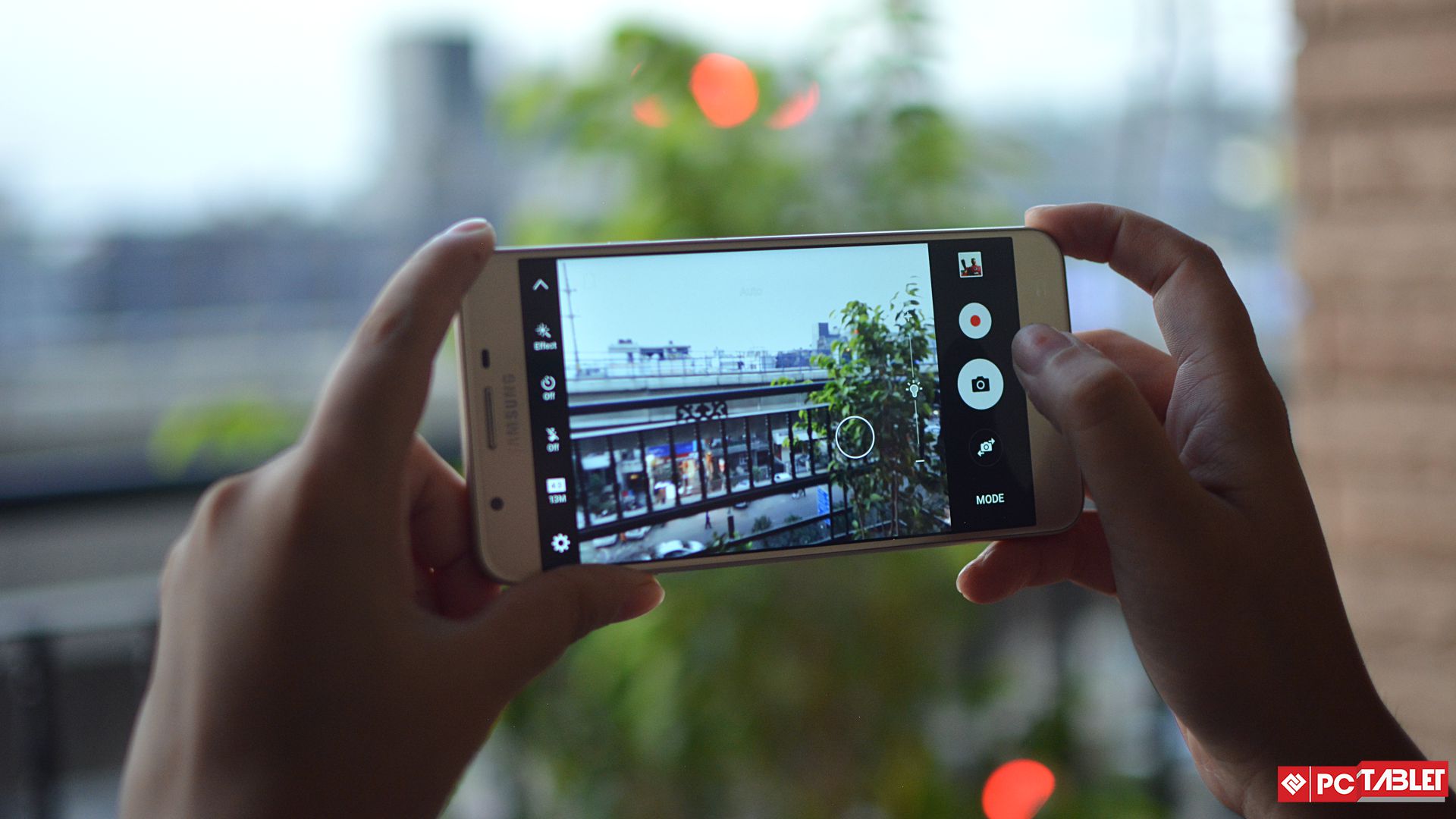 Both cameras belt out rather good pictures. Shots taken in well-lit conditions are rich in detail and clarity. The camera has enough dynamic range and at the same time handles exposure rather well to give you Facebook-worthy snaps. That said, colours appear a bit washed out and aren’t as vibrant one would like. Colour saturation and contrast levels also could have been better. Also, the lack of PDAF means it takes time to lock onto a subject. While it’s manageable during well-lit conditions, locking onto a subject gets rather frustrating during night hours.

While for low-light shooting, the Galaxy J7 Prime comes with a feature called ‘Night Mode’ which increases the sensor sensitivity for better exposure levels. Images shot in low-light still exhibit noise, but the overall image quality works well for the price.

Priced at Rs 18,790, the Galaxy J7 Prime is a pretty decent performer across the board. It rocks a metal body, gets a full HD display, comes with a fingerprint scanner, performs fairly well when it comes to daily usage and offers excellent battery life. That said, its gaming performance fell short of my expectations. Moreover, instances of the phone getting locked-up is definitely a cause for concern. For the price, it’s a pretty decent buy. You get a cracker of display, great battery life, decent set of cameras, though its gaming performance fails to awe. You can look at alternatives such as the Asus Zenfone 3, the Le Max 2 or the Mi 5 which are solid performers across the board by spending just about 3-4 k extra.