Nearly 50,000 people are watching with great patience as to when their Samsung Galaxy Note 7 will explode. This is because the viral content portal Dose purchased a Samsung Galaxy Note 7 via Craigslist and plugged it in for charging. The main motive behind the purchase is to verify how long it will take to explode.

The Dose team is also broadcasting the whole spectacle live on their Facebook page. As many as 3000 people are involved in watching the entire live telecast with more fans visiting the page based on news reports. It remains to be seen as to how long it will take for the Samsung Galaxy Note 7 to explode.

Even though Galaxy Note 7 has been ditched by Samsung, few customers in the US have put up their handsets for sale on online classified marketplace Craigslist. We spotted several Samsung Galaxy Note 7 phones being advertised for sale from $1 to $9999. 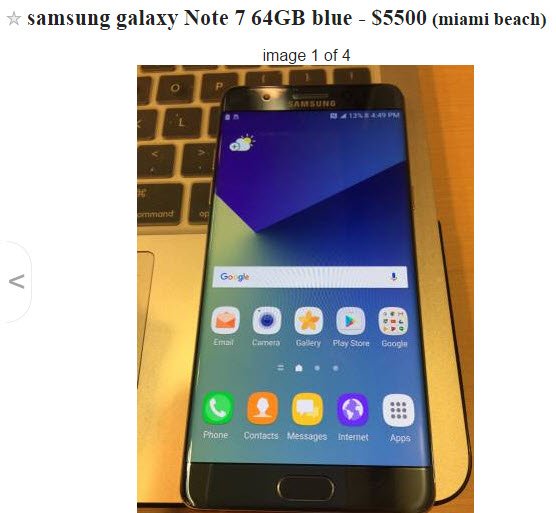 As of writing this, the live video has spanned over four hours. Moreover, the video has been shared by over 58,617 people with 5.2M views. The phone was placed on a surface behind trees.

Samsung Galaxy Note 7 has been discontinued by the manufacturers after a series of explosions and injuries to customers. The phone has been banned for use on flights worldwide.

In India also, DGCA had banned the use of Galaxy Note 7 during the flight journey. Meanwhile, the United States Department of Transportation has tagged Galaxy Note 7 under dangerous category since the handset has been exploding all over the world.

The most interesting aspect to note is that the Note 7 phones tagged as safe with Black Square and green indicator also exploded. It is after this incident the company had to permanently shelve the production of the handset.

According to analysts, the situation is unprecedented since the customers are losing trust on the products manufactured by the company. Moreover, the company suffered huge losses to the tune of $17 billion.

Samsung India tenders an apology and bonanza to retain customers

Meanwhile, Samsung India has issued an apology statement to customers in India who pre-ordered the Galaxy Note 7. The company is offering customers with an option to choose either Samsung Galaxy S7 or Galaxy S7 edge with a Samsung Gear VR and a Samsung Level U stereo wireless headset at no charge.

Furthermore, as a compliment, the company will ship an Oculus content voucher to all customers who purchased Note 7 including a one-time free display replacement for the new phone.