Sony’s current flagship — Xperia Z5 popped out of Sony’s camp with few significant changes over its predecessor, Xperia Z3+ or Z4 in some countries. Initially introduced at IFA 2015 in Berlin, Sony Xperia Z5 was launched in India merely five months after the release of Xperia Z3+.

Well I got this phone from Sony a couple of weeks ago, and I enjoyed ample amount of time getting familiar with the device. We also posted an unboxing video of Xperia Z5 Dual a few days ago. Make sure to check that out!

Now, let’s get started with the review of Sony Xperia Z5 Dual. 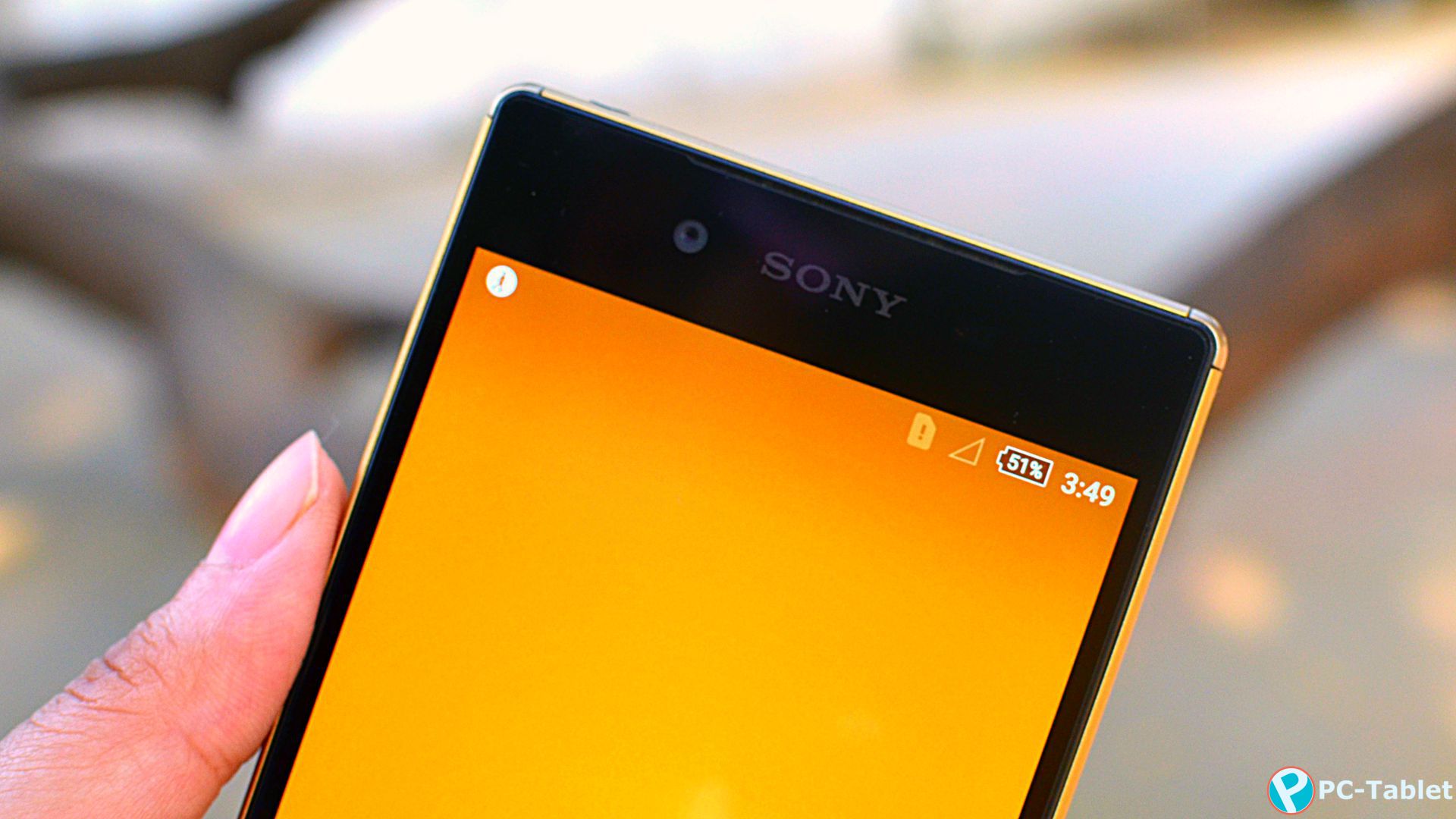 Talking about the device, it has an enhanced 23 MP wide-angle G lens camera located at the back with an LED flash underneath. 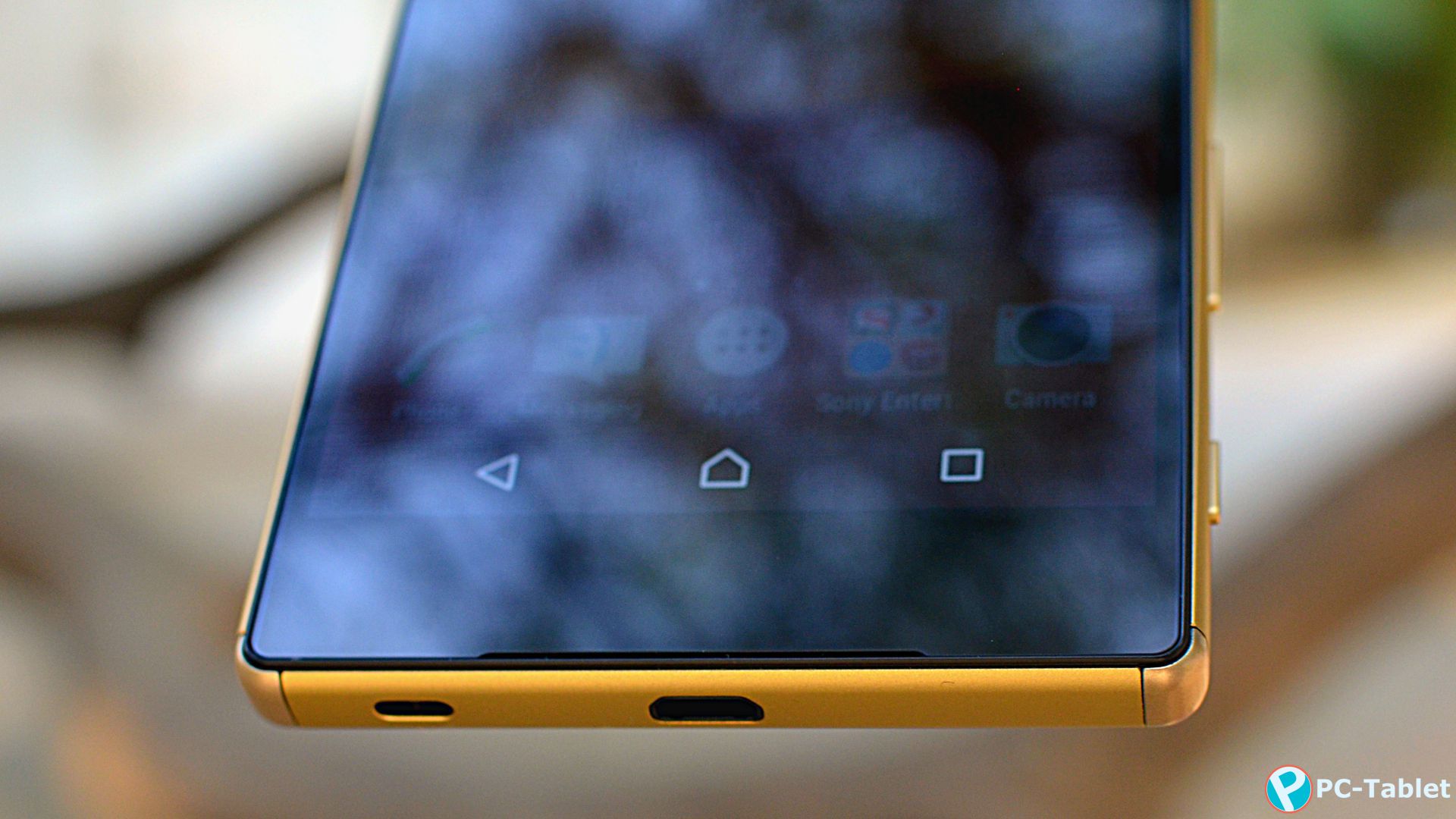 Now, if you look carefully, you will figure out two sort of hidden speakers grill at the top and bottom of the phone. Apparently, the positioning of the speakers ensures that smartphone itself looks neat and elegant on both, front and back sides.

Xperia Z5 is surrounded by a metal frame that looks quite classy. Starting from left chassis, it has a dual-SIM card tray and microSD card slot underneath the tightly sealed flap and an engraved Xperia logo right at the end. 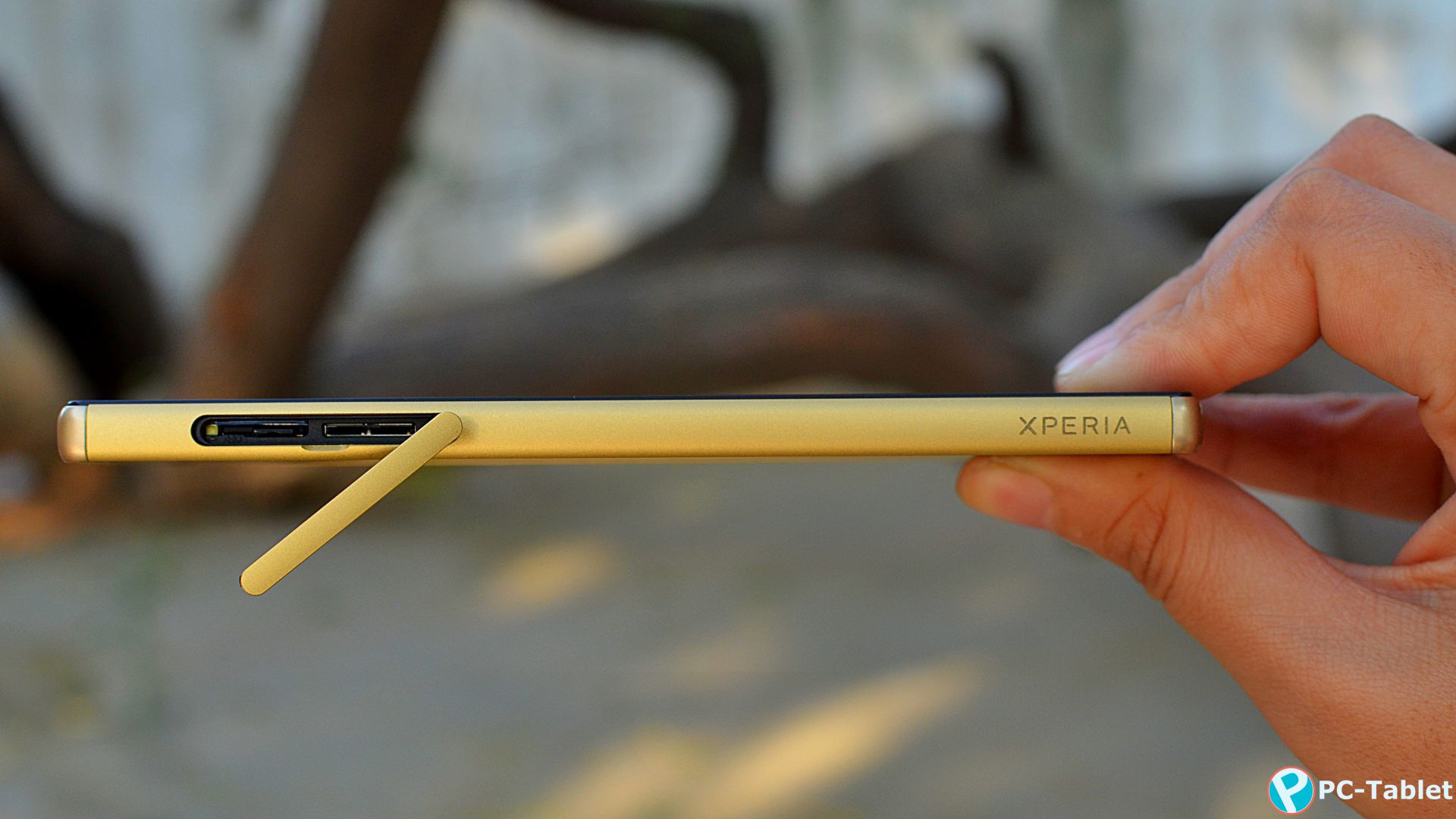 Talking about chassis on the right side of the Xperia Z5 Dual, it is comparatively crowded. However, the traditional rounded power button seems to have gone, and it seems an integrated fingerprint sensor has forced the japanese to do so. It is an impressive installation from Sony. You simply need to press it once, and your device will be unlocked directly without performing any swipe screen gesture. So, in short, your phone knows it’s you! I will show you its settings later in this video.

Then, it has volume rockers. The only problem here is the placement. They are placed a bit lower than usual, and you need to put extra efforts for pressing them. 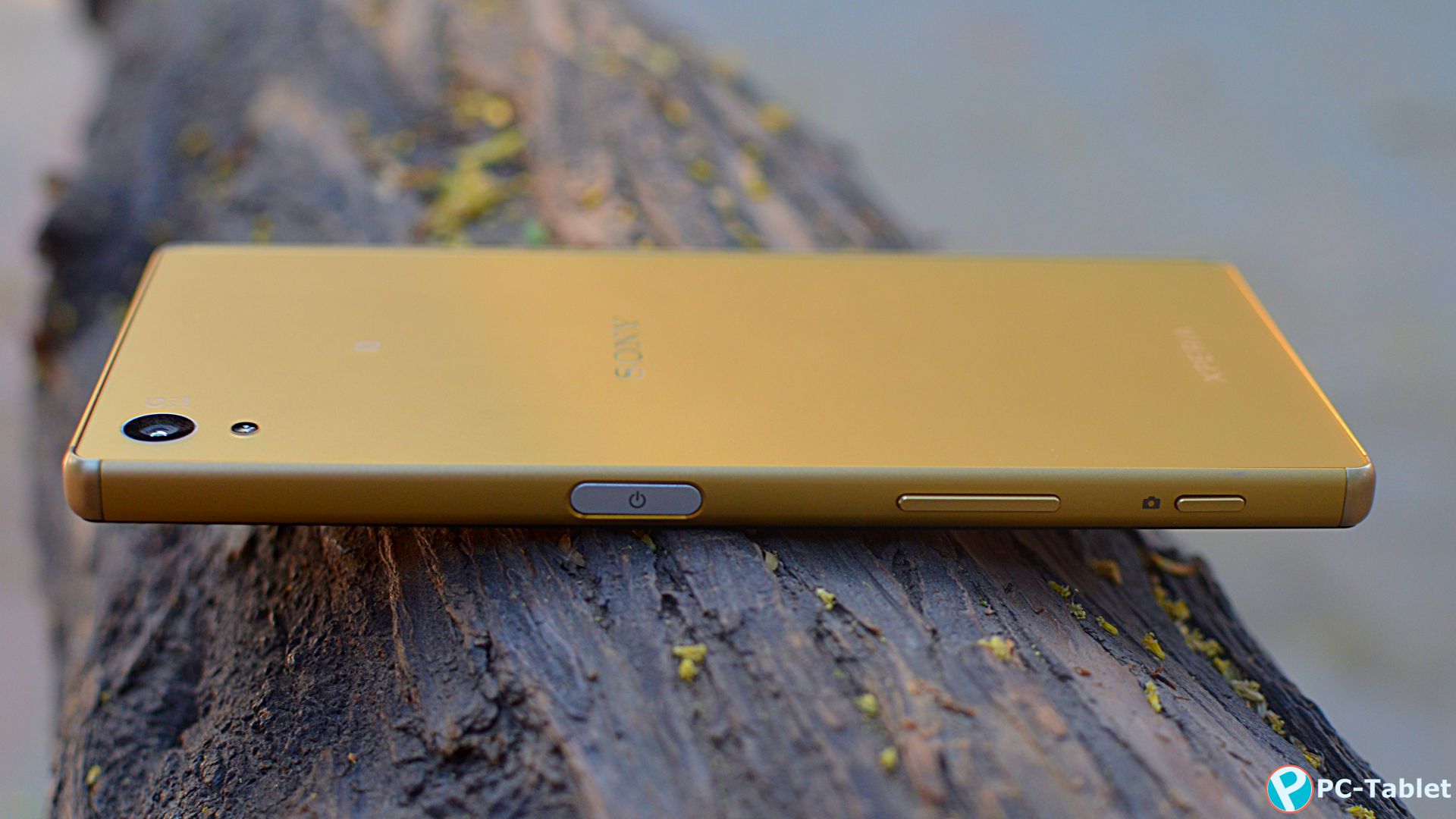 At last, there is the camera key. It quickly opens up the camera even in lock mode and makes clicking pictures more convenient.

Xperia Z5 is IP65 & IP68 certified, which is an integral feature of Sony’s all flagship smartphones. It is dust proof and water resistant over 1.5 meters of water for 30 minutes.

The bottom is house of micro USB port for charging, and this looks like a key chain hook. The top has 3.5mm audio jack with a secondary noise cancellation microphone. 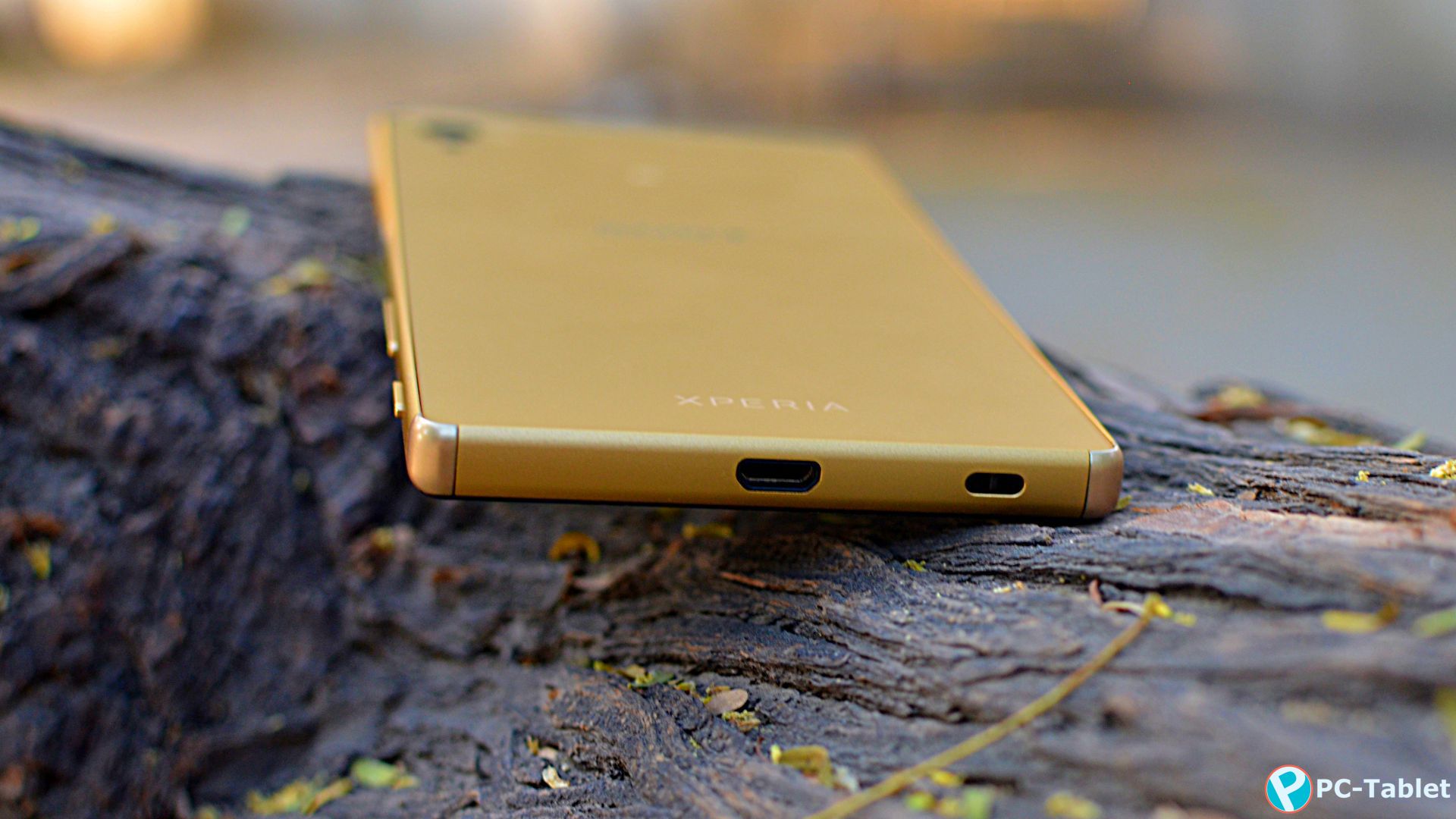 Xperia Z5 is 7.3mm thin and weighs 156.5 grams. Its bezel makes the screen to body ratio of 69.6%, which is surprisingly lesser than Xperia Z3+, but the phone feels pretty light in hand.

Regarding look and feel, Sony is working hard on Xperia design culture, which started with its Z series. Well, it seems, Sony has finally achieved what they were trying to reach throughout all these years. 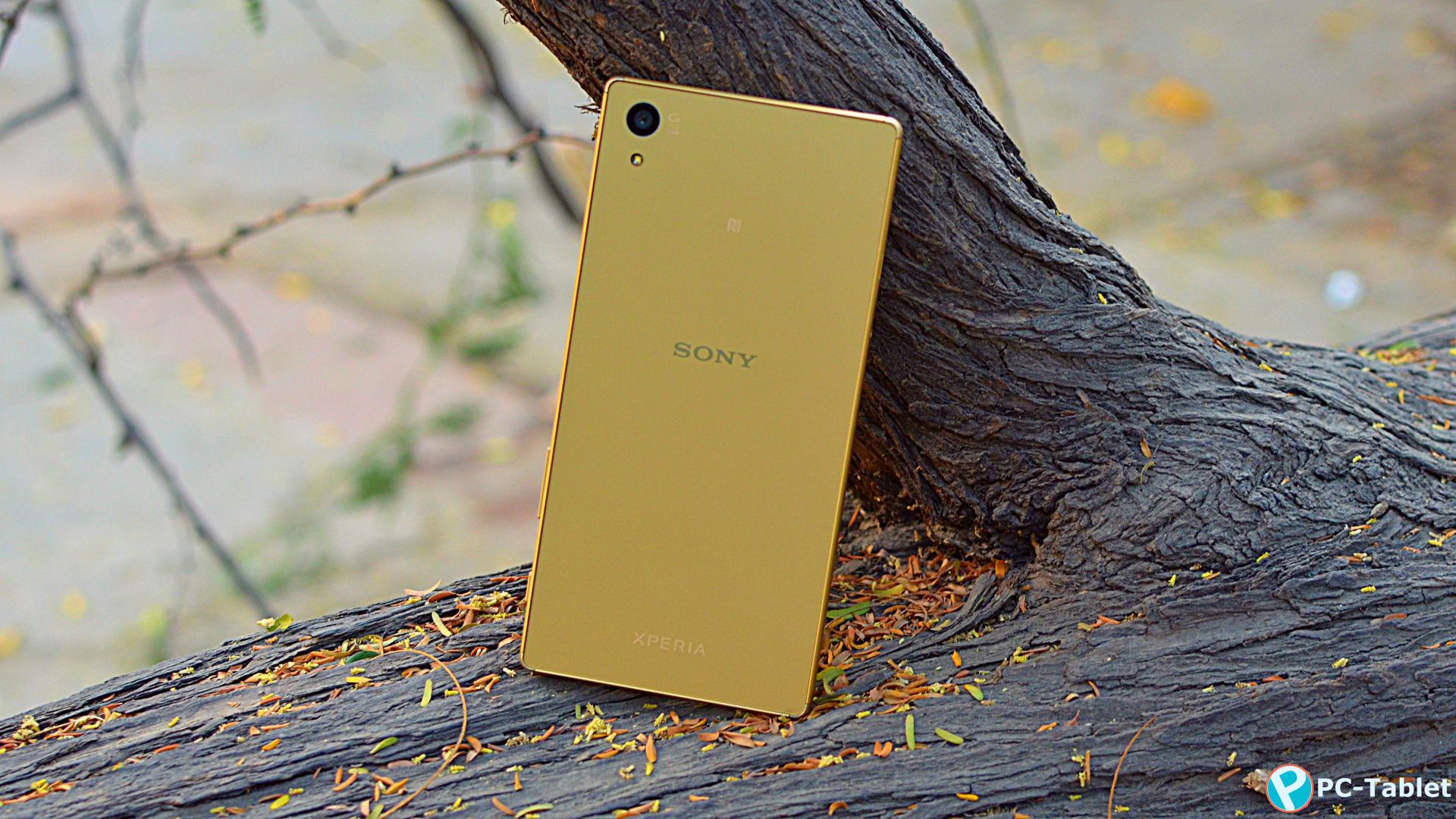 The frosted glass back (at least that’s what Sony calls it), an elegant matte appearance on the device stands out with utmost perfection. You don’t have to clean the device again and again. It keeps fingerprints and smudges away and gives a premium look. However, the frosted glass makes it a little slippery to hold.

As expected from the company, Xperia Z5 has a non-removable back.

Setting up the Fingerprint Sensor 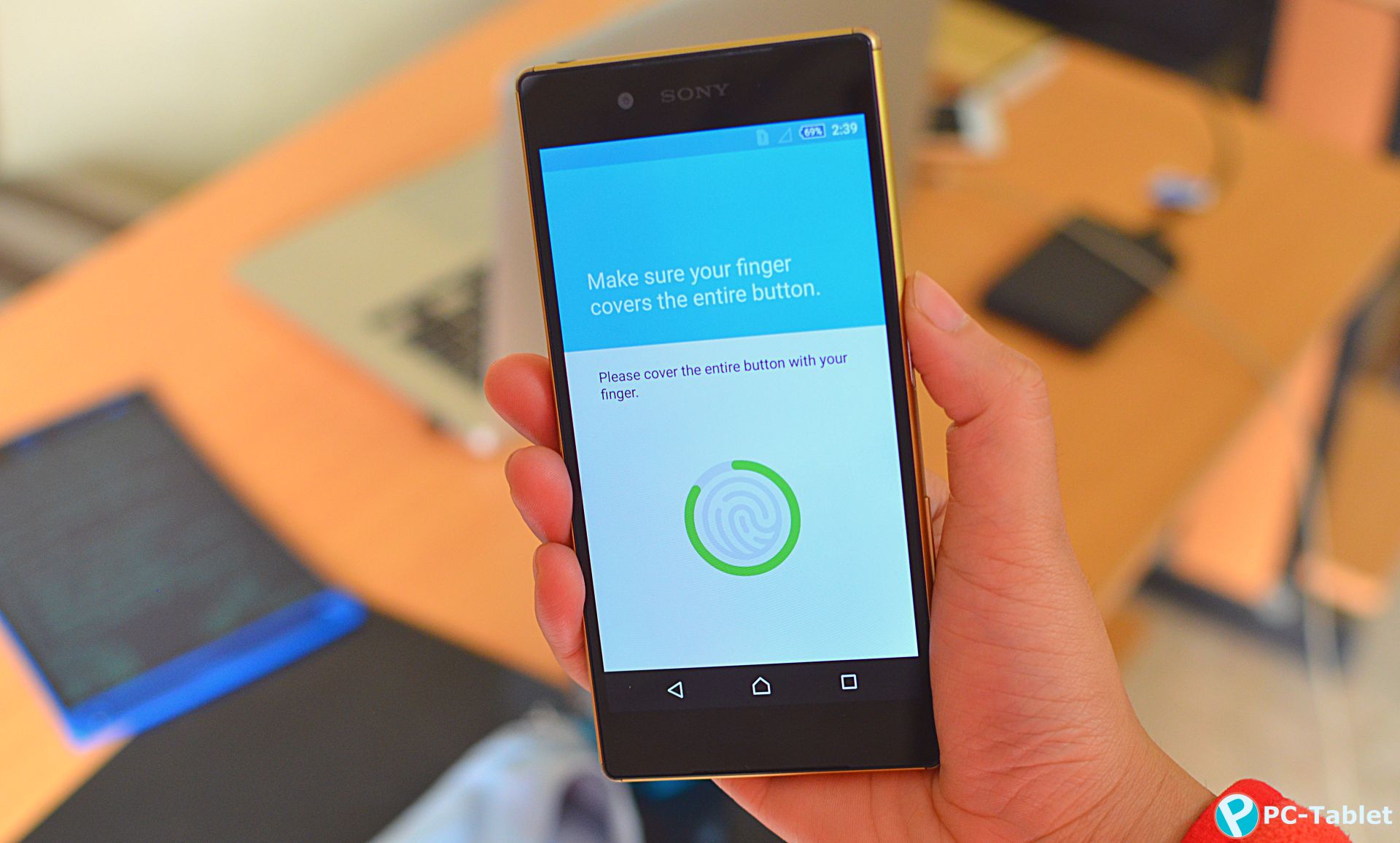 Now, to start with an activation of a fingerprint sensor, go to Security option in Settings. Then, go to Fingerprint Manager. Once the Wizard opens, click on get started. Choose screen lock. I will opt for a Pin here. As soon as you confirm your pin, it asks you to configure notification setting when the device is locked. I chose all notifications.

Now it asks you to put your finger on the power button, again. It will ask several times to recognise all the possible touch combinations. And it’s done! Now you press the power button and just touch your thumb. The device will be unlocked automatically without entering the pin.

Also, you can long-press the power button, and it will unlock your Xperia Z5 for you. Quite simple and useful! 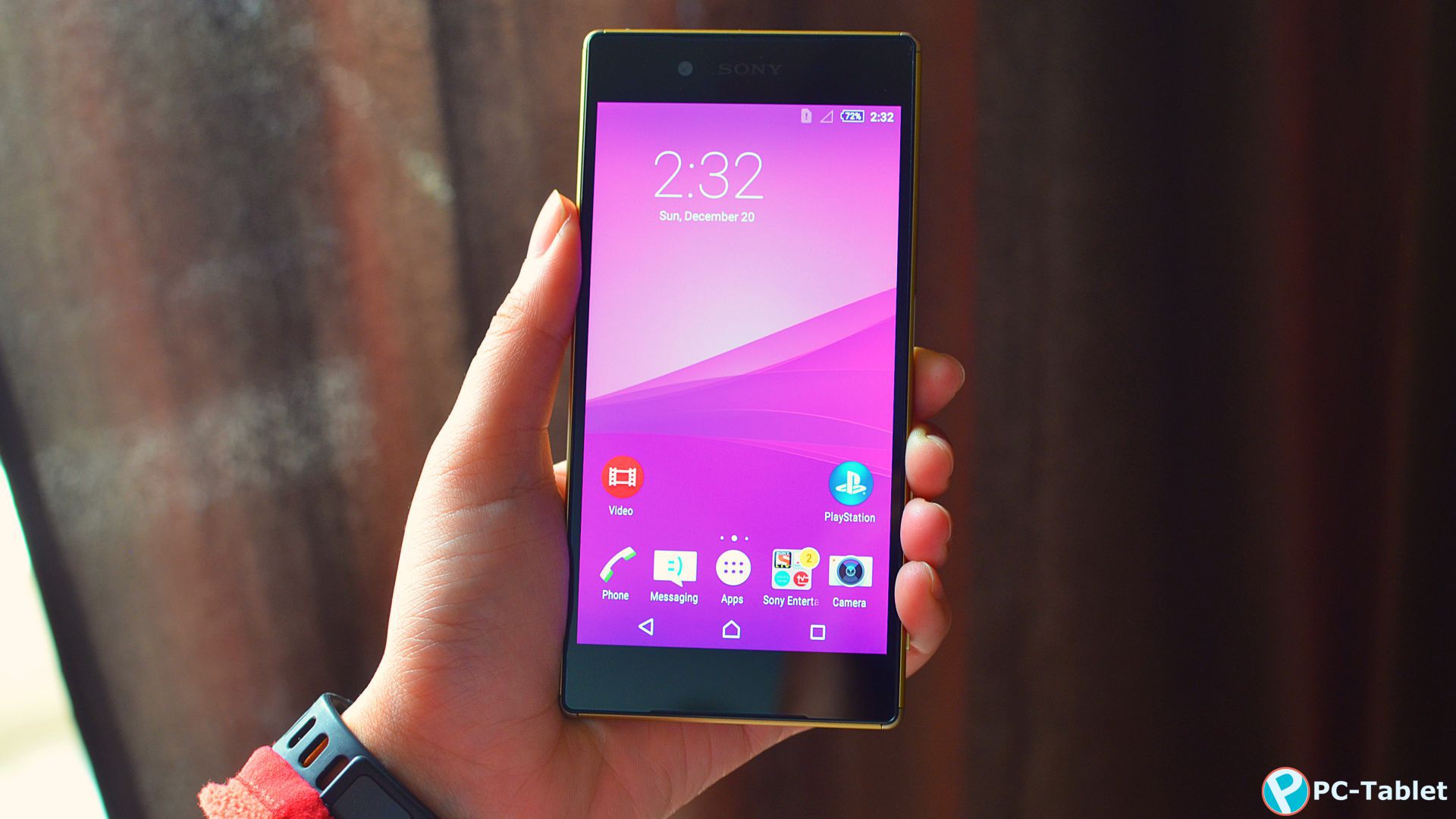 It sports a 5.2-inch 1080p Full HD IPS display. Sony has opted for Mobile BRAVIA Engine 2, Triluminos technology and X-reality engine to keep display crisp, and it’s not suffering from any shortage of pixels with 428 ppi pixel density.

You may find it difficult using this phone under direct sunlight. The contrast ratio is just average. However, if you want to see more saturated pictures, it can easily be configured within settings.

Well, a great display to watch movies or play games! But I feel display could have been even better for the flagship of this kind.

Xperia Z5 Dual is powered by Snapdragon 810 chipset, having an octa-core processor, Adreno 430 GPU and 3GB RAM. Now, this configuration makes the device quite fast and smooth. Accessing toggles, switching between apps, browsing and gaming, everything seems pretty smooth, and the chipset provides a great compelling experience when it comes to gaming — be it visuals or performance. We played few graphic intensive games, and we are happy to report no lag was observed. But the heating issue remains untouched from Sony. 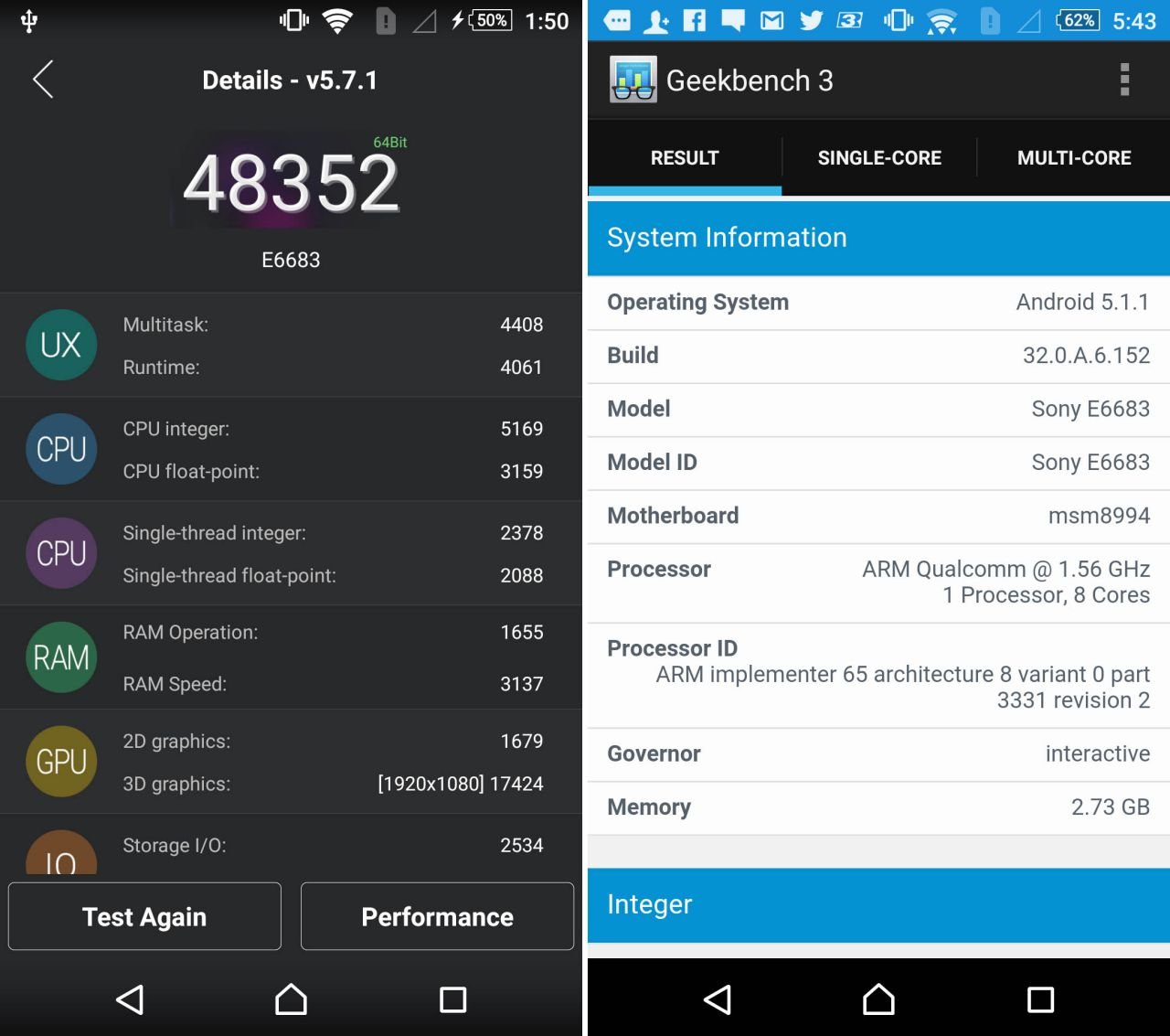 When I started using the phone and installed few applications, it quickly became hot. Or I’d say, super hot! And if you do some CPU intensive multitasking, it starts heating up instantly. Maybe it’s just the metal body, which makes it even warmer.

Sony should have worked on eliminating the heating issue to some extent as it persists in the whole Xperia Z lineup, and finding the same issue again in a flagship device like Xperia Z5 made me a bit surprised. 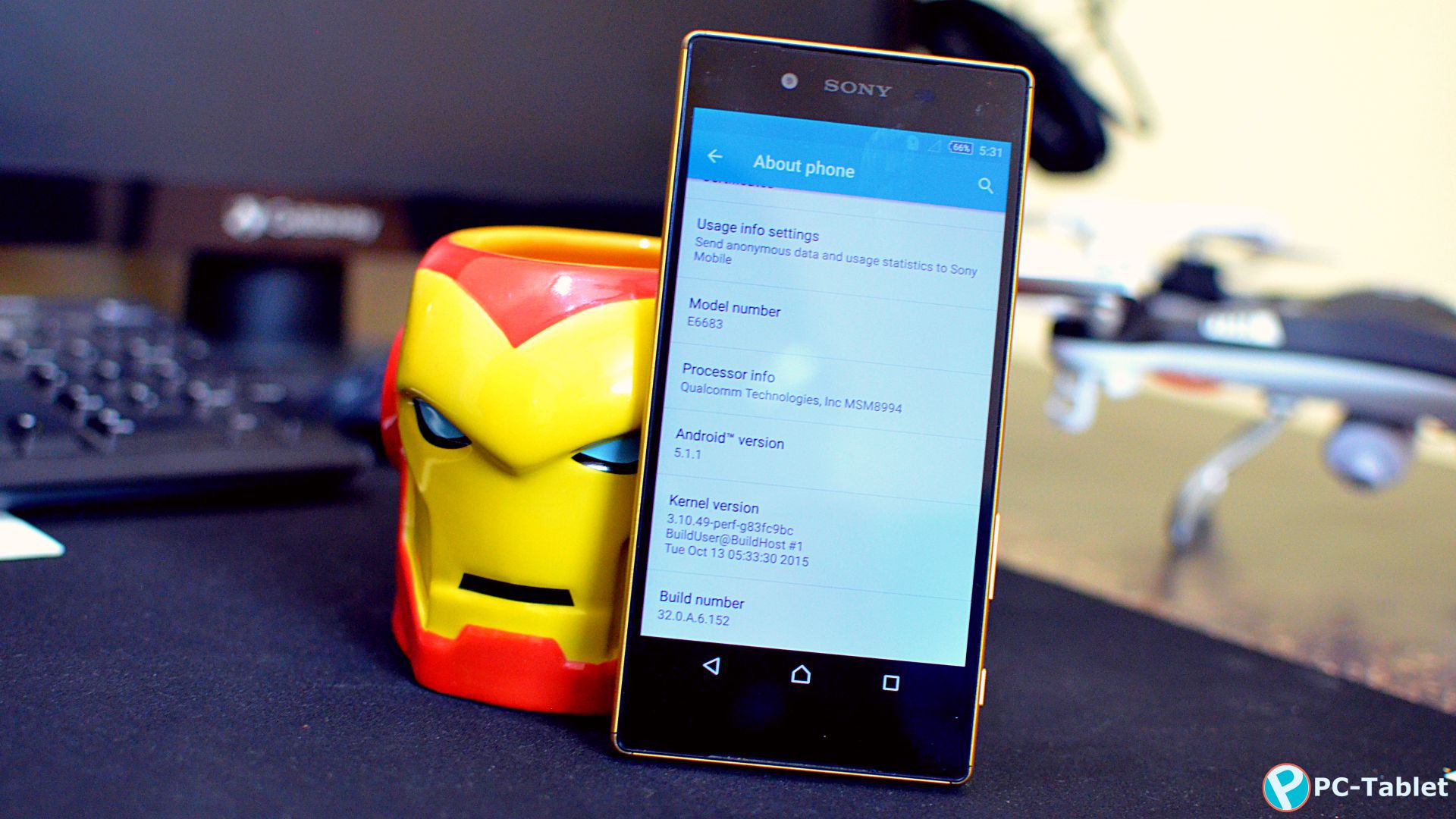 Sony Xperia Z5 Dual runs Android 5.1.1 Lollipop out-of-the-box. The great thing about Sony smartphones is its software as you get stock Android. There are few proprietary apps that you get from Sony such as Lifelog. It is a health app, which functions similar to a fitness band app.

Diving in deep, another one is TrackID. It is Sony’s music recognition app. While listening to music, if you are not able to recognise and catch lyrics, simply hit this button, and it will recognise the music and offer you more details.

Migrate helps in transferring stuff from this device to a new one. Movie creator is used for making short films from phone gallery. Jive is just another music app from Sony, and here is Sony’s What’s new store.

On top of that, Xperia Z5 Dual also comes with these pre-installed third-party apps such as Facebook, Clean Master, dropbox, AVG Protection, Amazon Kindle, etc. These apps (except few, of course) are not at all useful unless all you want from your phone is added junk. So yes, Xperia Z5 is full of bloatware, but hey, you can also uninstall apps which are not required. 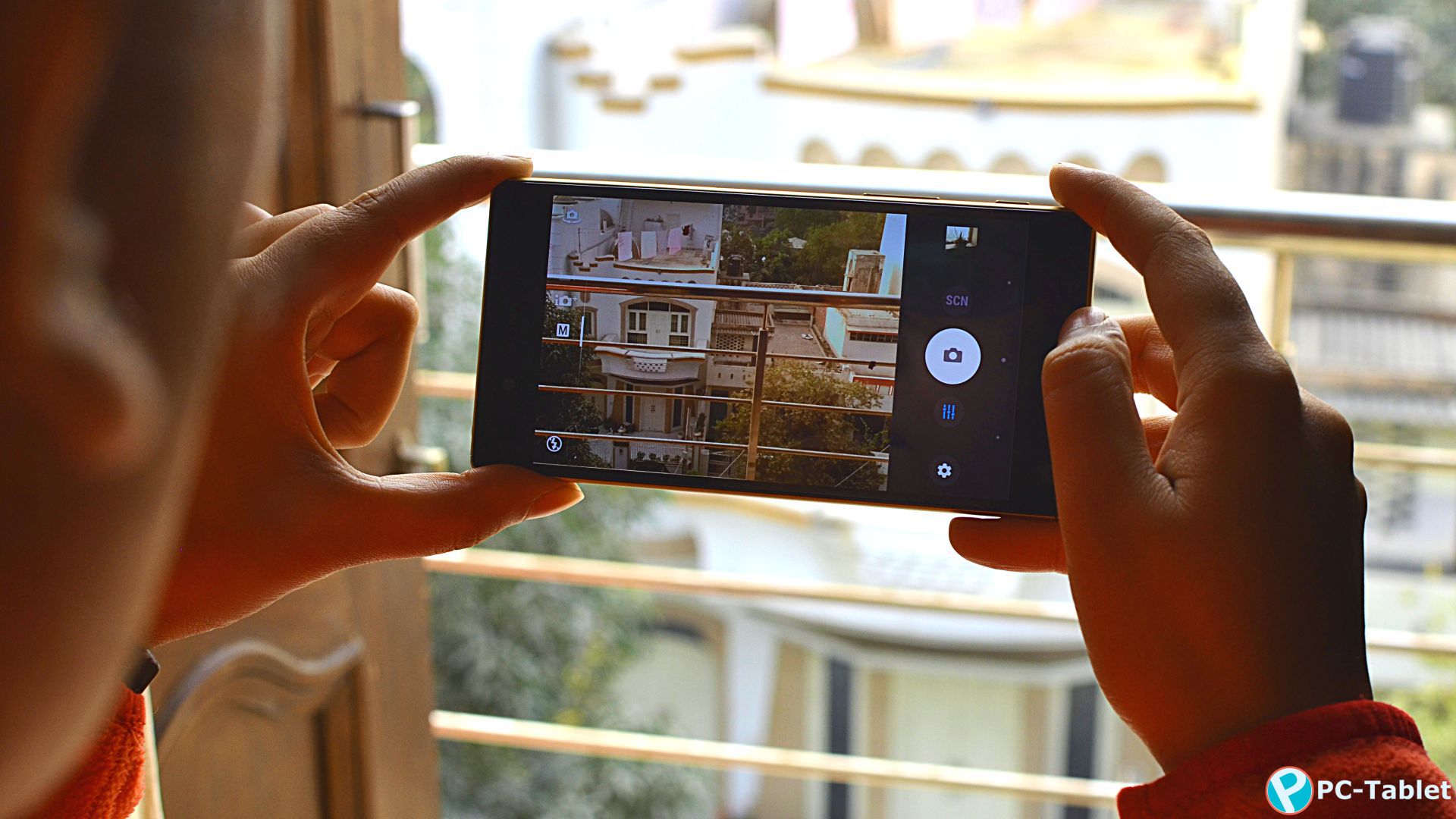 Sony Xperia Z5 Dual offers a 23MP autofocus rear camera with Hybrid AF 0.03 and LED flash, which gives fast focusing speed and 5x Clear Image Zoom. Although, Optical Image Stabilisation is not present in this device, which is definitely disappointing, especially to those who buy Sony phones just for its excellent camera performance.

However, it has on-boarded software for video stabilisation, which is not the same thing, but somewhat does a nice job. Sony has kept low light conditions in consideration, thus, features Exmor RS sensor, resulting reduced noise and high image quality. In daylight conditions, pictures are quite sharp and produce brilliant details and colors.

Well, here, I will have to disagree with Sony’s 5x clear zoom claim, as when you zoom out an image to an extent, it starts losing onto details.

Even in low-light conditions, the camera produces sharp pictures. 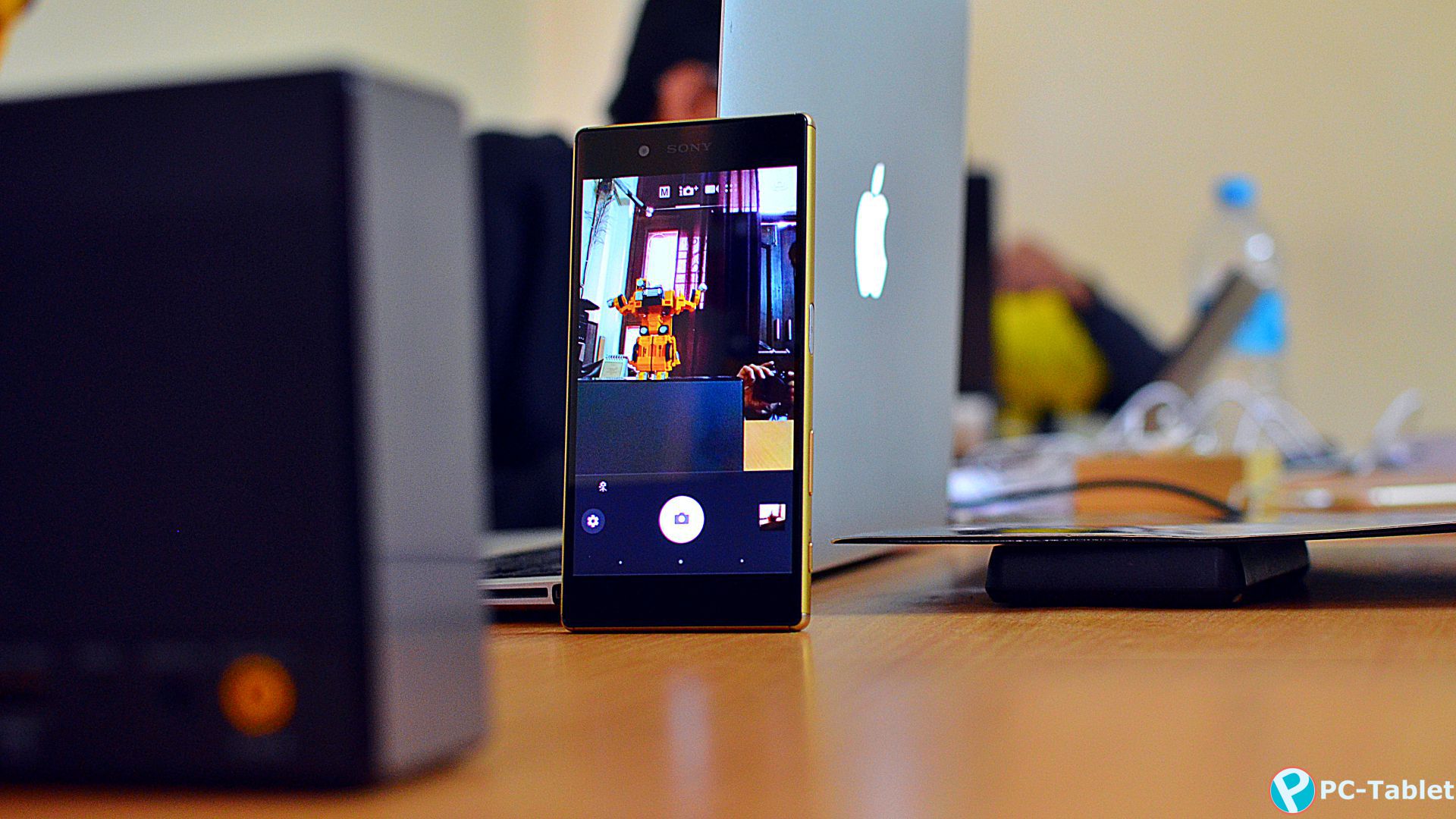 Same is the case with its 5MP front shooter, which is capable enough to perform great in daylight and gives you clear selfies.

However, UI of the camera has not changed much from its previous iterations. It comes loaded with several camera apps such AR Effect, Style Portrait, AR Mask, Background Defocus, etc.

Video looks good on Sony Xperia Z5 Dual, and it is capable of 4K video recording. Everything looks sharp, crisp, and clear, even in the absence of Optical Image Stabilization. 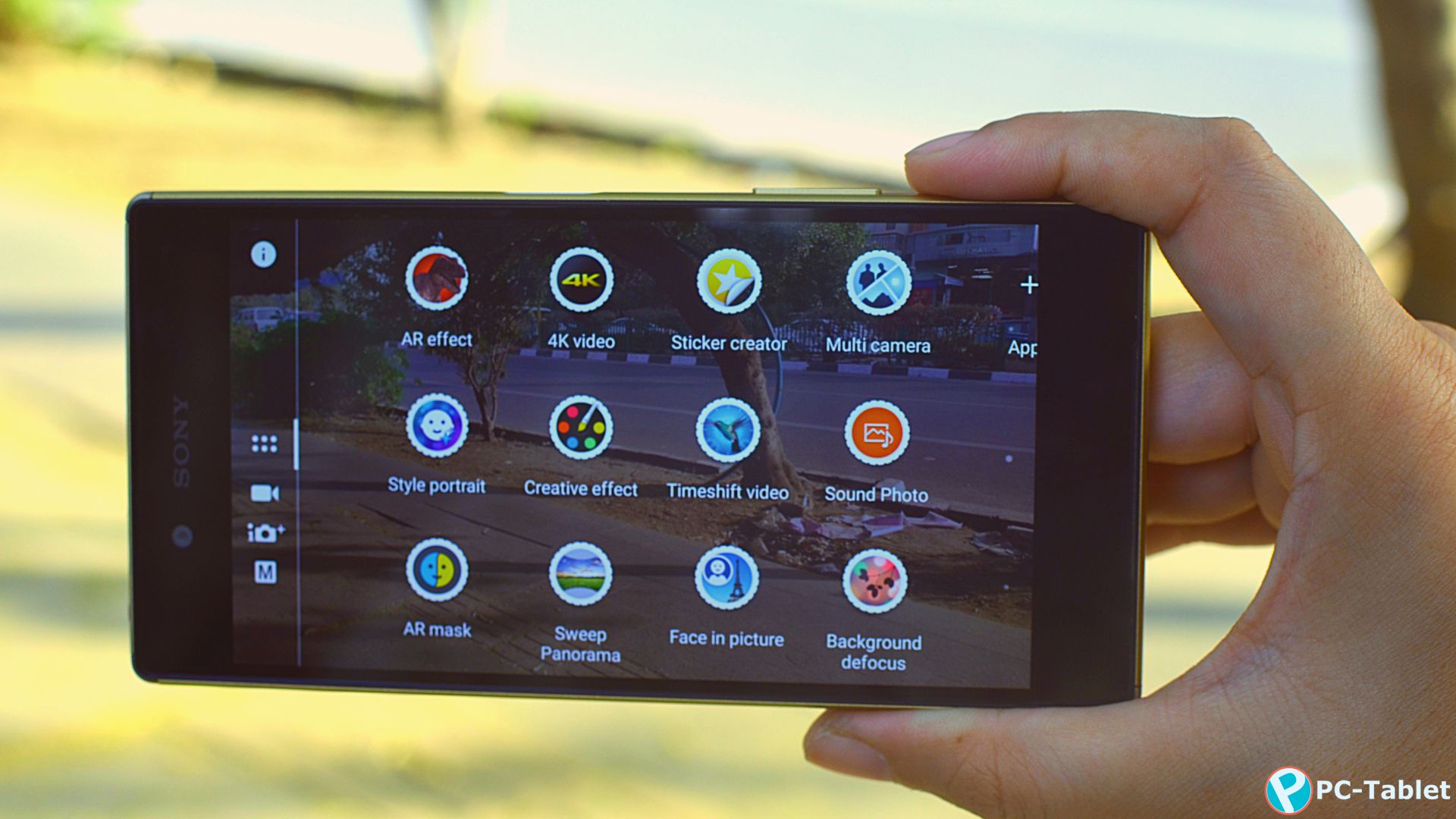 The phone heats up quite often, especially when you are using camera and apps like AR Mask, AR Effect for a longer period or while recording 4K videos.

Although, the audio quality and performance lived up to my expectations. You can enhance your audio experience even further using Clearaudio+ and DSEE HX to upgrade the quality of compressed music for wired headphones.

The size of the phone has definitely got bigger, but not the battery. Sony Xperia Z5 is powered by a 2900 mAh battery, which is smaller in numbers compared to 2930 mAh in Xperia Z3+. However, there is no such difference, and Sony claims battery sustainability up to two days on moderate usage. 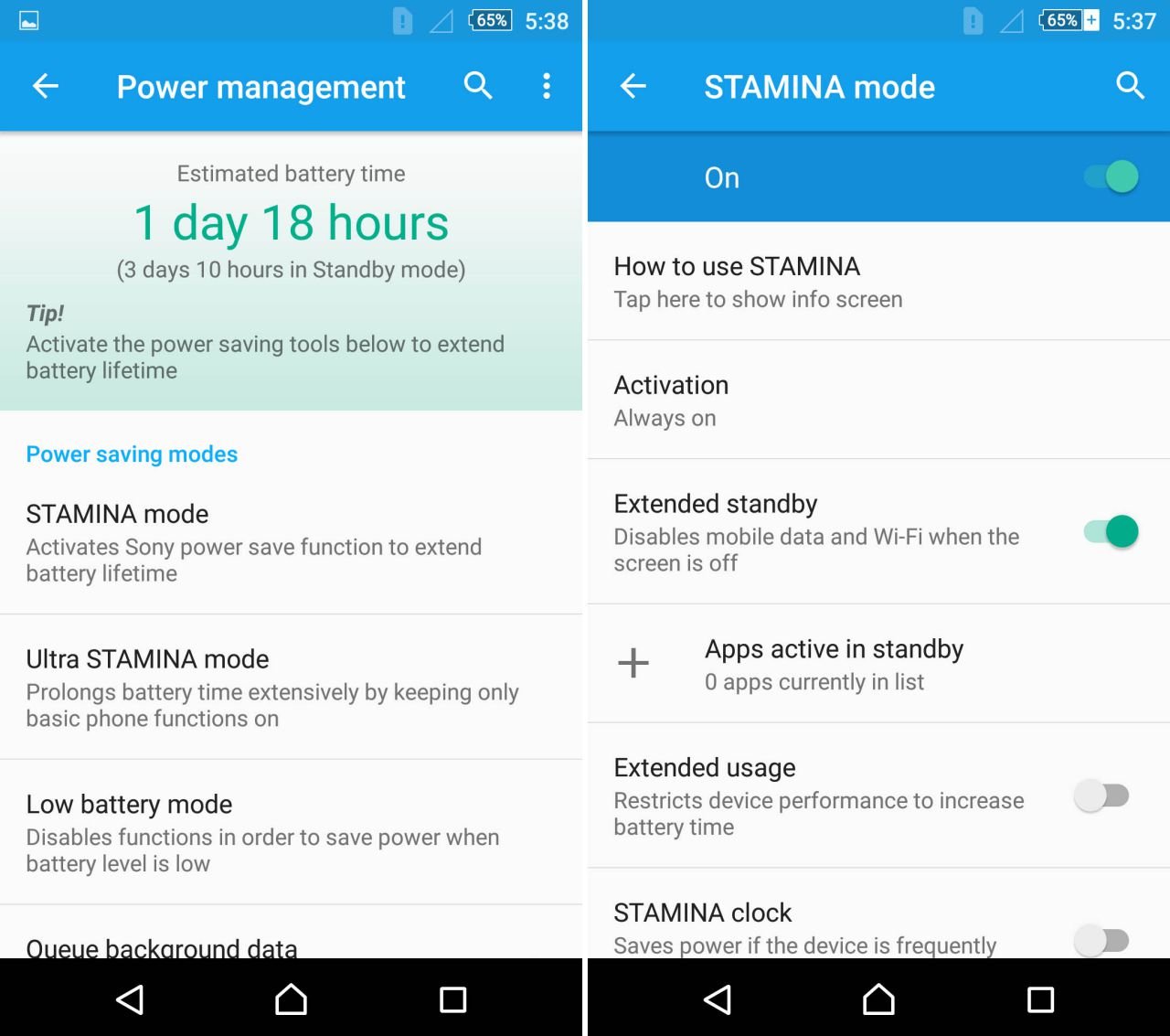 According to my experience, you will end up plugging it in by the end of the day if you keep playing games, surfing the web or watching videos on YouTube for a longer period. Whereas on moderate usage, you can easily get it running more than a day. However, you can use Stamina Mode or Ultra Stamina Mode in order to stretch it a bit longer.

On the connectivity front, mostly all standard connectivity options are included such as Wi-Fi 802.11 a/b/g/n/ac, GPS, Bluetooth 4.1, 4G LTE, and NFC. In terms of network reception and call quality experience, I didn’t observe any issues. 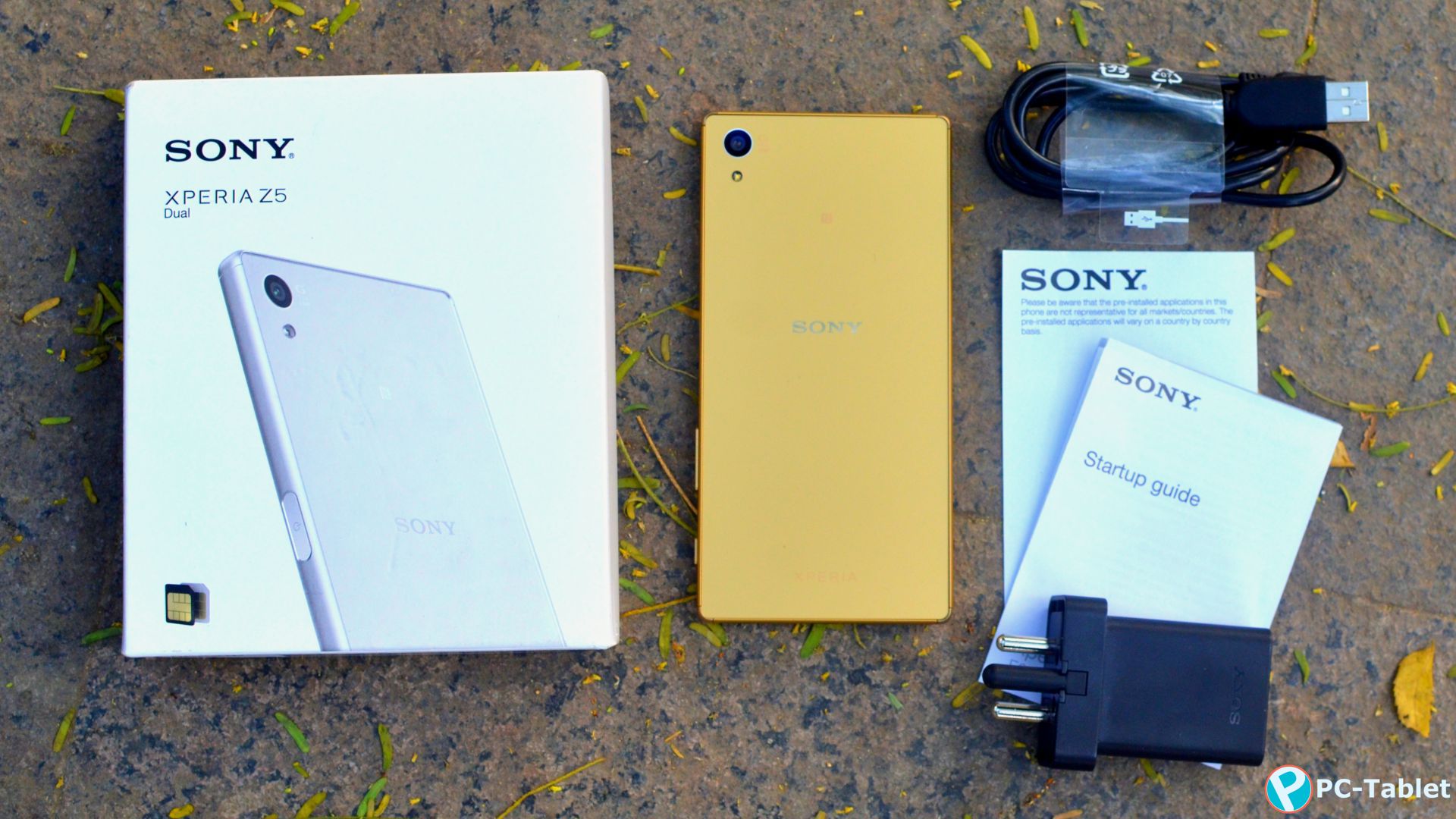 As of this review, Sony Xperia Z5 is available on online and retail stores starting Rs. 46,969. Well, there is nothing much new in Xperia Z5 except fingerprint sensor and premium looks. However, fingerprint sensor works really well. But it still does not justify the price when you have better performers in even lower price segment. The camera and fingerprint sensor clubbed into premium design may seem a lucrative deal for Sony fans.

So, if you are among those who weighs brand image and Japanese trust over price, Xperia Z5 Dual is directly sent from heaven for you!