Xiaomi is rumored to be working on a brand new smartphone with a wraparound display. A spy image of the speculated device shows the curved screen which seems similar to the recently unveiled Samsung Galaxy Note 7.

Samsung is the company which first invented the phablet category of smartphones. The first phablet of the company went through numerous criticisms to become one of the most successful smartphone series on the planet. The company has continued to bring more and more innovations in the smartphone industry, with the curved display being the latest one.

Although not so much well received in the beginning, the curved edge smartphones have now begun to get the taste of success. Samsung has added a handful of new features like edge notifications, edge quick controls and more to make the curved edge more useful than ever.

Xiaomi is known to offer some of the best value for money in the smartphone market. The company provides high-quality products at affordable prices. Xiaomi is popularly termed as the “Apple of China” due to the striking resemblance of its products with that of the Cupertino giant.

This time, Xiaomi is presumed to be developing a brand new smartphone to compete with the latest Galaxy Note 7. The rumored Xiaomi device is speculated to sport a dual curved display similar to the latest phablet from Samsung. The leaked photograph shows us the Xiaomi smartphone having an identical appearance with the Note 7. 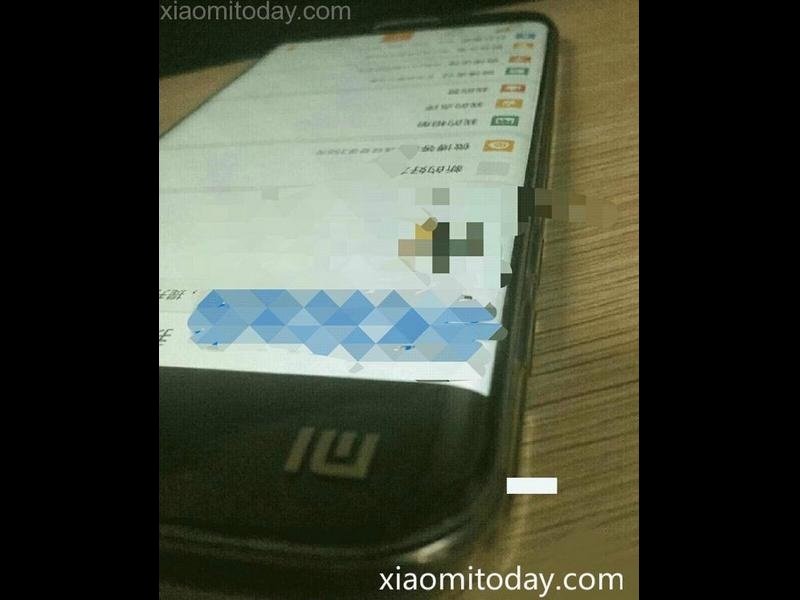 Even though the spy image has a low resolution, we can perfectly see the ‘Mi’ branding above the screen of the handset. The smartphone seems to have a dual curved screen surrounded by a metallic chassis. The home button is also visible which looks like the home button of the Mi 5.

The purported handset may be an upcoming member of Xiaomi’s Mi Note family. It may be the upcoming Mi Note 2 or just Mi Note Edge. We still have no information about the specifications of the leaked device, but we can only guess that it will be more powerful than the Galaxy Note 7 while costing much lesser.

The smartphone is rumored to be released at the beginning of 2017. The miserable quality of the image indicates that it can truly be a spy photograph. But there is abundant possibility of it being fake. So, we suggest you take this along with a pinch of salt.